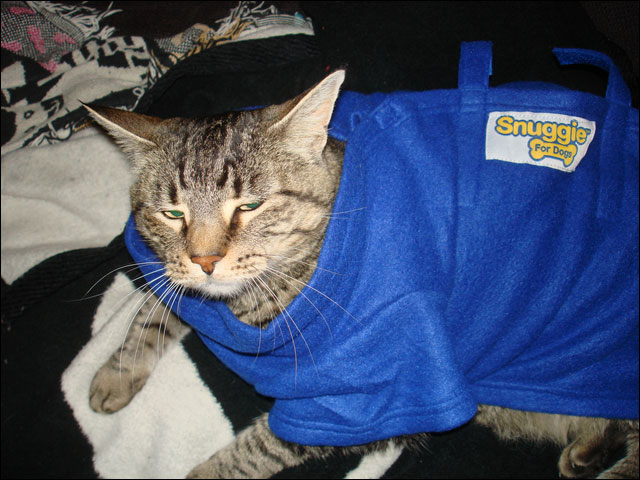 opinion Yesterday afternoon I received a phone call from a man with a deep and soothing voice, who whispered gentle reassurances in my ear to let me know that everything would be completely fine and there was nothing wrong with the world.

As his dulcet tones seeped into my brain, I started to feel completely relaxed. I gradually realised that all of my worries were not important and that I could forget about bad things and just enjoy life. In short, a beautiful serenity dawned in the space surrounding my desk like a halo descended from Heaven and my receptors went into oxytocin and serotonin overload.

Then, suddenly it hit me like a bolt out of the blue. I was being seduced by McAfee spin.

The gentleman on the other side of the line with the soothing voice was Michael Sentonas, the security company’s vice president and chief technology office for the Asia-Pacific region.

Sentonas’ job, it appeared, was to assure me that nothing that bad had really happened in Australia in the past week and that a high-profile bug in McAfee’s software was just a small problem that was being thoroughly investigated and would never, ever, happen again. Ever.

“This has happened a number of times in the industry,” he said.

Sentonas used words like “absolute priority”, “remediate the issue”, “the effectiveness of our security tools”, “customer commitment package” and the “leading purpose-focused security vendor in the industry” to discuss McAfee’s woes, in one of the most heavily sugar-coated interviews I have ever sat through.

Essentially he said nothing, and admitted nothing, with a beatific smile on his face.

His general attitude, it seemed, was that nothing at all was really going on, and the press was really barking up the wrong tree by trying to nail McAfee to the wall for its disastrous bug last week.
Even when I directly questioned the nature of his optimism in the face of one of the most embarassing gaffes I have ever seen a technology company of any stripe face in Australia in my years of technology journalism, I could not shake him.

The problem is that all of Sentonas’ optimism will not save McAfee’s operations in Australia.

For at least the next three years, the troubled security vendor will find itself forced into discussion after discussion with customers where it will be forced to defend its technology and its whole value proposition.

No doubt as I write this, sales staff at rivals vendors Trend Micro, Symantec and Sophos are frantically calling every McAfee customer they can with the aim of offering them a sweet deal.

That’s what happens when your software takes down virtually every Coles supermarket in Western and South Australia and the Northern Territory, as well as forcing Virgin Mobile retail staff to conduct transactions manually (ugh) and even knocking out PCs at the Commonwealth Bank of Australia.

I don’t really believe there is anything wrong with McAfee’s solutions from a technology point of view. I’ve worked at various organisations who have used them over the years, and I have never had a problem with them.

But the bug that the company suffered last week has the potential to very seriously undermine its business prospects in Australia in the medium term.

No chief information officer will want to heartily admit to their upper-level executives that they have just signed a new deal with McAfee — or even renewed an existing one without going through a very vigorous tender process. The stink will hang around for a while.

In short, Sentonas and crew are very far from relaxing in comfortable warm surrounds while soothing music plays in the background and they drink cocktails. They have, in fact, been thrust out in a cold wasteland, with a dejected Jeff Buckley wailing plaintively against the backdrop of a bitter desert wind.