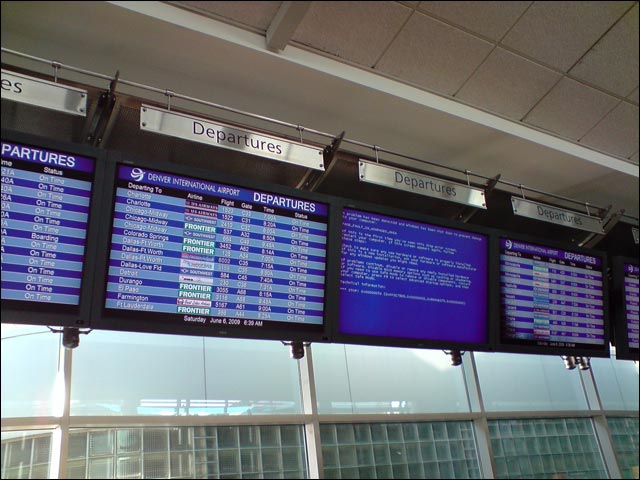 Commonwealth Bank of Australia is the latest Australian organisation to confirm it was hit today by the disastrous bug in McAfee’s security software which has also taken down a number of Coles stores and knocked out 25 percent of Virgin Mobile’s PCs.

An update to McAfee’s security suite released on Wednesday hit PCs with Windows XP Service Pack 3, causing network outages or constant rebooting. The problem has since been rectified, but large organisations around Australia are still dealing with the fallout.

A Commonwealth Bank spokesperson told Delimiter this afternoon there were no ATMs affected by the outage, but a number of staff had not been able to login to their PCs.

The bank’s IT department had been working since “the early hours of this morning” to fix the impacted PCs, with the priority being minimalisation of disruption to customers. The bank expects to have worked through the problems by the end of the day. “In terms of numbers it’s minimal,” the spokesperson said, with the branch network not being affected.

The news comes as the bug took down what a Coles spokesperson referred to as “virtually all” of the retail giant’s stores in Western Australia, the Northern Territory and South Australia, causing about 1,100 of its checkout registers to fail this morning.

“That in turn meant there were a number of stores, mainly in Western Australia, that actually had to be closed this morning, because they didn’t have enough registers that were actually operable to serve customers,” the spokesperson said.

Like other IT departments around the nation, Coles’ IT team has spent the day rebooting the systems. The retail giant was able to catch the bug before it hit the Eastern states. McAfee has been cooperating with Coles today to fix the issue.

And a spokesperson for Virgin Mobile also confirmed it had been hit by the outage, with about 25 percent — or around several hundred — of its PCs in its head office suffering the problem.

The spokesperson noted it was fortunate that none of its machines servicing customers had been affected, although some of the telco’s retail stores suffered outages. Manual processes were used so that customers could still conduct business with Virgin. Most of the problems were fixed by lunchtime and some were even fixed by the start of business at 9AM.

Delimiter is contacting McAfee’s Australian office for a comment on the situation.