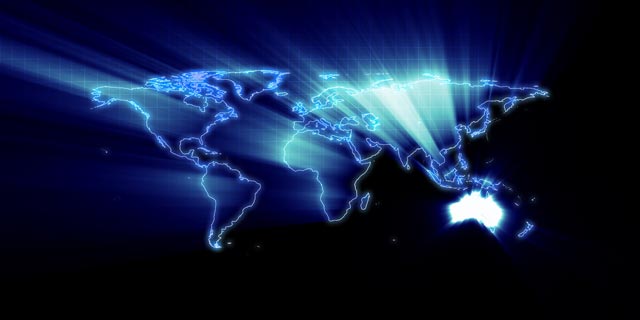 Several speakers at the Communications Day Summit in Sydney this week raised the issue that Australian communications policy initiatives such as the the National Broadband Network (NBN) and the internet filter have attracted international attention — but not always in a good way.

Sounding somewhat embarassed about the filter, Greens Senator and communications spokesperson Scott Ludlam said he had been bogged down taking calls form overseas journalists, asking about the filter — “Who is behind it? What is it?”, adding he recently fielded a barrage of questions from a journalist in California.

The news comes as the United States’ Ambassador to Australia last week said there were “other means” available to achieve the goals of the Federal Government’s internet filtering project, adding to the impression that the US disapproved of the project.

US Ambassador Jeff Bleich (pictured) responded to a question on the ABC’s Q&A program, saying the US had told the Australian Government that it had been able to accomplish the goals of the filter — which Bleich described as capturing and prosecuting child pornographers and others who use the internet for “terrible purporse” — without using internet filters.

At the CommsDay event, Gilbert + Tobin partner Richard Pascoe also spoke of the spotlight on Australia, this time in relation to the NBN, asking: “What do other countries really think?”

Pasoce brought up Communications Minister Stephen Conroy’s talk at the summit yesterday, when the politician noted Australia was being watched closely by other westernised countries. Pascoe acknowledged that we are being watched — but why and what they were thinking is another matter.

For example, the lawyer’s work has brought him into close contact with the Middle East — where Pascoe said that each country was currently furiously working on developing their broadband infrastructure.

The largest of the ME countries is the United Arab Emirates, for example, which Pascoe said had many similar traits to Australia — the UAE has also de-reglated its communications sector, its government is involved and there are competitors in the industry.

The Australian government’s NBN plan have attracted Middle Eastern attention, according to Pascoe, but the countries are also watching the progression of search giant Google’s fibre rollout plans in the United States — which have the potential to upend ISPs’ business models there.

Pascoe said that the NBN — which has required significant government intervention in the nation’s telecommunications sector — is not seen as an attractive option to the ME and other countries. Instead it is seen as the last resort, although he was vague about why this might be the case. Pascoe rhetorically asked: “Are they watching?”, answering his own question with the answer: “Yes, but with raised eyebrows.”