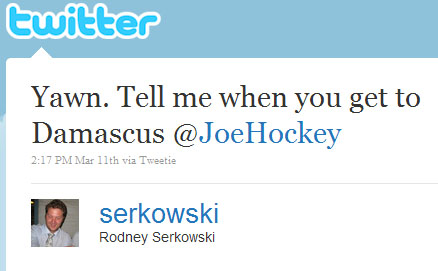 Meanwhile even the Global Atheist Convention conference held in Melbourne over the weekend was talking about the filter — well at least the Australian Sex Party, which can’t seem to get Conroy off its mind. 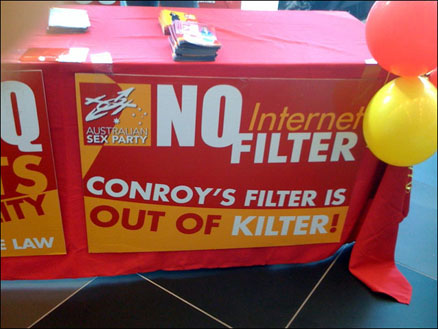