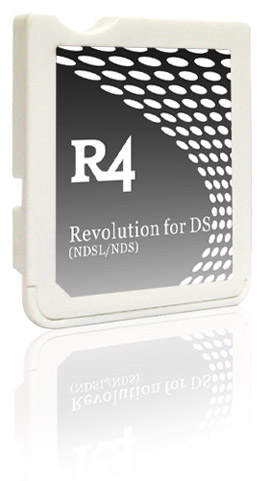 The Australian Customs and Border Protection Service yesterday said the seizure of a number of R4 cartridges which allow piracy on Nintendo’s DS and DSi handheld consoles was just part of normal business for the agency.

The legality of selling the device in Australia is currently up in the air, due to the fact that Nintendo recently took legal action against RSJ IT Solutions, a retailer which operates the GadgetGear.com.au website and had been selling the R4 cartridges.

However the video game manufacturer settled out of court with RSJ, leading to the defendant’s law firm to claim no precedent had been set.

Asked yesterday to comment on its view of illegality of the R4 devices — which were seized along with other assets for a total reported value of $1.3 million — Customs said it had seized the good under the the Notice of Objection Scheme in the Trade Marks Act 1995, which it commonly used.

“On 29 January 2010, Customs and Border Protection seized approximately 150 items suspected of infringing Nintendo’s trade marks,” a spokesperson for the agency said in a statement.

“The decision to take legal action is made by the registered objector. The court will determine any penalties that would be imposed.”

The agency said it had worked with industry to build a better understanding of the scheme over the past few years, which had resulted in “a steady increase” in the number of intellectual property noticed of objection in force.

They generally forward photos of the products and ask us to determine whether they are counterfeit and if so, whether they want the products seized.” Customs will then send a seizure notice to the importer of the goods, the spokesperson said, who can object to the seizure. “However, this has (to Nintendo’s knowledge) never occurred,” they said of possible objections.