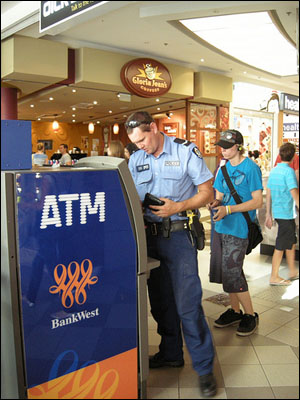 Commonwealth Bank of Australia subsidiary Bankwest has promoted one of its own to replace its chief information officer Tony Clasquin, who resigned at the end of 2009.

According to his LinkedIn profile, the new CIO is Andy Weir, who was head of change management at the bank for four years from March 2006. He lists the CIO role as starting at January 2010. The news was first reported by ZDNet.com.au, who confirmed it with Bankwest directly.

Weir was also program director at former Bankwest parent HBOS for more than a decade from July 1995 until he took up the change management role. He holds a Masters of Business Administration from the University of Bradford in the United Kingdom.

The appointment comes at a period of rapid development within CommBank’s wider operations that will also affect Bankwest.

The bank is involved in a massive four-year, $730 million effort to overhaul its core banking platform with the aid of Accenture and SAP. The integration of Bankwest’s accounts into that platform is not slated to happen until after financial year 2012, but before that time there will be various systems alignment activities taking place at the subsidiary.

It is not currently known to what extent Weir — and his predecessor Clasquin — is able to operate as independent CIOs within their organisations and to what extent they work within CommBank’s overall technology strategy led by long-term CIO Michael Harte.

At Westpac subsidiary St George, for example, there are two CIOs, both of whom report directly to the bank’s chief executive Greg Bartlett, rather than Westpac’s chief information officer Bob McKinnon.

However, there is a degree of joint planning between the two — Westpac revealed in December 2009 that it would transition to the next generation of Hogan as its deposits platform. The CSC software is already being used by St George.

At Qantas subsidiary Jetstar, CIO Stephen Tame reports to Qantas executive manager of corporate services and technology David Hall, although the IT functions of the pair are generally managed separately.