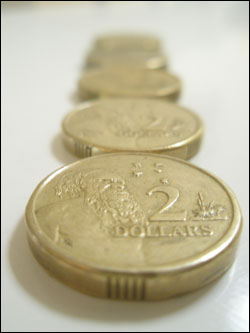 The Commonwealth Bank of Australia today said its mammoth $730 million core banking modernisation project was on track as it hit its half-way mark, and would achieve a number of key milestones in 2010.

The project was initiated in April 2008 as a four-year, $580 million initiative to overhaul the bank’s ageing legacy systems with the aid of Accenture and SAP. In August last year, CBA tipped another $150 million into its budget to bulk up some sub-systems, as well as extending the platform to subsidiary organisations.

“The group’s largest single investment, the four-year banking modernisation, remains on schedule at its halfway stage and will achieve a number of key milestones this year, including migration of all deposit and transaction accounts to the new system,” the bank said today in statements associated with its financial results for the six months to December 31.

It separately said it had migrated all customer information to the new platform.

The main changes in the IT expenses through December, compared with six months earlier, were a $30 million decrease in applications maintenance and development costs and a $31 million increase in the cost of amortising software assets.

In a broader sense, CBA also claimed today that it had achieved what it called “quantum improvements” in the service and efficiency provided by its IT systems.

For example, it had just 5 incidents (believed to be IT outages or problems of some kind) in the six months to December 31. This figure has been gradually shrinking since 2007, when the bank had 48 incidents for that full financial year.

And the bank claims to have had no repeat instances since the 2007 financial year.

Use of the bank’s NetBank platform is steadily increasing, with CBA racking up an average of 36.3 monthly NetBank logons in the 2010 financial year so far, versus 18.5 million in financial year 2007.

Finally, the bank noted that it was planning to align the systems of recent acquisition BankWest by the 2012 financial year, with full integration of BankWest’s accounts into CBA’s new core banking platform to happen after FY2012.