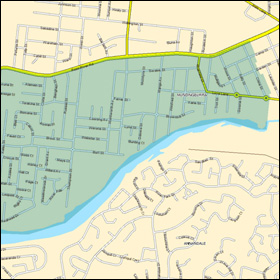 The National Broadband Network will be rolled out to five “first release” trial sites in mainland Australia starting shortly, NBN Co announced today, with construction to be finished by early 2011.

NBN Co chief Mike Quigley said the construction of NBN fibre-optic infrastructure in the trial sites – with 3,000 houses in each to be hooked up, except in smaller locations with less dwellings — would provide the company with real-world information that would allow the company to validate its construction methods and network design.

The sites have been chosen to reflect the diversity of geographical situations the company will encounter as it rolls out the network in a wider sense across the nation.

“As we have an obligation to build a ubiquitous fibre network available to 90 percent of premises, we need to understand the challenges of different locations and prepare to use different construction and design methods in every type of geography,” Quigley said in a statement issued by the company today.

“We have selected a suburban area where we need to connect semi-detached houses, detached houses and apartment blocks,” he said. “We have also selected a smaller rural town with more dispersed housing, and three other sites representing a mix of major regional, smaller regional and differing climate and geography.

Detailed coverage maps are available on the NBN Co’s web site, but the sites are:

To aid with the construction, NBN Co has issued a request for proposal document, asking companies to respond. It said it would then enter a “detailed design phase”, which will take several months to complete, involving site examination by network planners. It has also pledged to consult with the community during this phase.

The actual construction phase is expected to start early in the second half of 2010, with three stages:

The Tasmanian branch of the NBN Co is also engaged in rolling out test sites and backbone fibre.