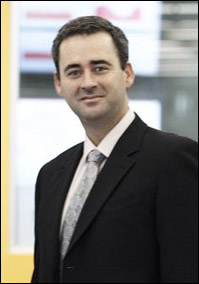 iiNet has already started trialling its planned internet television services (IPTV) in the homes of a group of its own staff, as it advances plans to get the first customers onto the new service in March.

The company’s long-running plans to launch IPTV in Australia will put it head to head with a number of other companies which already offer similar services — not only ISPs like TPG, but also the cable networks of companies like Optus and FOXTEL.

iiNet chief executive Michael Malone (pictured) said when he said “March”, he was thinking March 1st, but he laughed that his chief technology officer Greg Bader was “definitely thinking 5pm on March 31st”. “So I think it’ll end up being right towards the end of the month with the first customers being online,” he said yesterday in an interview.

In the quarter after that, the executive wants to start marketing the service to customers — however it won’t be a big television advertising blitz just yet. “You can expect to see us trying to harvest people from [broadband forum] Whirlpool,” he said.

The reason for the caution, Malone says, is that unlike the company’s last big technology drive with its integrated BoB router and telephone device, IPTV is a bit new.

“BoB … was fundamentally taking a lot of existing elements that were already pretty well tested in the Australian marketplace, and bringing them together in a single unit,” he said. “With IPTV, it’s testing a lot of stuff that’s fresh to the Australian market, hasn’t been done before.” iiNet doesn’t yet know what the exact input will be on its network when the service launches.

iiNet’s offering will be sold as a subscription service, which will come with a set-top box for customers’ TV, including multiple digital free to air TV tuners, likely some video on demand, some limited internet access and what Malone describes as “linear channels” such as Discovery and National Geographic.

iiNet’s presentation yesterday at its half-yearly results stated the box would come with “all the standard features” — such as a hard disk, video recording device and electronic program guide, as well as selected web applications. The executive won’t say just yet who’s manufacturing the ISP’s set-top box, although he says it’s being custom built. Belkin made the company’s BoB device.

Likewise, any content deals the company has signed, and the pricing on the IPTV service, at still under wraps. However, Malone says the content providers are “all keen to get their content to market”, but are obviously concerned about packaging their content with digital rights management technology to make sure it doesn’t get pirated.

The ISP’s move into IPTV represents one of the first major tier two Australian ISPs to start a true migration to what the telecommunications industry has long seen as its Holy Grail — the so-called “triple play” bundle of voice, data and content services over the one telecommunications pipeline. Telcos such as Telstra and Optus have long attempted to migrate customers onto their cable entertainment platforms, for example, with experience showing those who buy triple play bundles are less likely to switch carriers on a price basis.

iiNet has already achieved success in this arena by bundling voice (including internet telephony) and data, typically ADSL2+ broadband, together with access to third-party content that does not count towards users’ monthly quotas.

By becoming an early mover in the content market, it is also positioning itself for the migration to the services-based competition that is expected to ensue once the National Broadband Network starts to be rolled out.