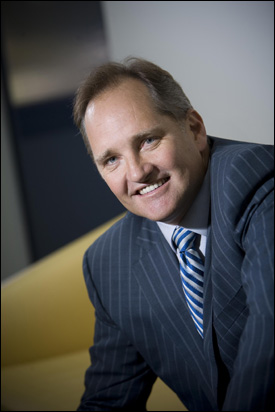 Perth-based selective IT outsourcer ASG — historically a key Oracle supplier — has again flagged plans to target the SAP sector in which some of its rivals have specialist practices.

“ASG is currently seeking to develop capability in the SAP space, where there is opportunity to leverage the company’s deep customer relationships and IT infrastructure,” the company said in its half-yearly financial results briefing documents, shortly after it noted it was currently assessing a number of acquisition opportunities and expected to be able to make further announcements in the next six months.

The company has a number of contracts providing services around the technology of SAP arch-rival Oracle. For example, it is a key supplier of Oracle services to Qantas and the Western Australian Government. A number of ASG rivals operate specialist SAP practices — for example fellow listed IT services player UXC, whose subsidiary Oxygen is devoted to SAP services.

ASG also flagged the SAP expansion in November, when it described the opportunity to bolt on services associated with the German software giant’s technology at its Annual General Meeting.

“It is expected that we will operate the SAP business in parallel with our existing activities, but with the benefits of integrated management through our national delivery activites,” the company’s chairman Ronald Baxter said at the time. “The significant expansion represented by these activities will be substantially achieved using well-targeted acquisitions.”

The news came as ASG revealed it lost revenues in the six months to 31 December last year, the Perth-based selective IT outsourcer revealed today, as it was impacted by what its managing director Geoff Lewis (pictured) described as “very challenging market conditions”.

The company’s revenues sank to $58.04 million in the period, a number down 9 percent on the same period in 2008. In a statement the company said the decrease reflected lower product sales and revenue from capital projects.

However, ASG’s earnings before interest, taxation, depreciation and amortisation (EBITDA) rose 14.5 percent to hit $10.4 million, and it also reached “record” net profits after tax of $6.5 million, up 32.5 percent on the previous corresponding period, due to lower overheads and “efficient national delivery of long-term service contracts”.

“We have performed well in very challenging market conditions because of the calibre of our customers and service contracts,” said Lewis. “In addition, the cost-cutting measure we put in place back in late 2008 as a result of the global financial crisis have delivered us a significant advantage, allowing ASG to grow profitability given that the economic downturn had only limited impact upon our key businesses.”

The company said it had been nominated as preferred tendered on two major upcoming contracts on which it was now engaged in exclusive negotiations. The deals were expected to be finalised “in the March quarter”.