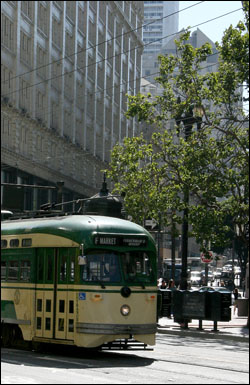 In a statement, the state’s Transport Minister Patrick Conlon, said the new ticketing system — dubbed ATLAS — would make boarding trains, trams and buses simpler and faster. Customers will simply be able to touch their tickets against a validator on vehicles and have the fair deducted, in similar manner to Victoria’s myki system.

The smartcards will be able to be topped up at stations, vending machines, retail outlets, on trains and trams and on the internet.

ACS’s contract includes all aspects of the smartcard system implementation, including ongoing technical support. Conlon said the technolgy was alrady being used in cities such as Montreal, Houston and Toulouse and would allow the new contactless smartcards and the old magnetic tickets to operate on the same machines.

As a consequence, the existing tickets will still work with the new system, and the rollout of the smartcard technology will happen progressively.

The Government expects to see ATLAS operational by 2013 — in time for the commencement of electric rail services in Adelaide.