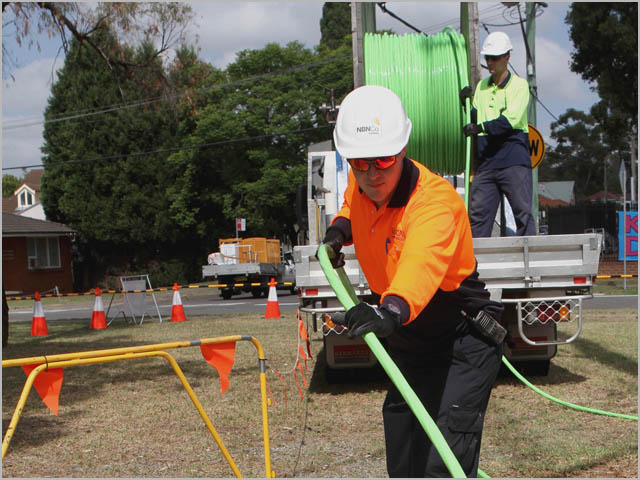 news The National Broadband Network Company is working with Telstra on a trial of the Fibre to the Node rollout style which could see a thousand nodes connected to fibre, in a move which would deliver real-life results of the rollout style’s performance across a series of diverse use cases.

Speaking on the ABC’s 7:30 last night, in an extended interview which only touched briefly on the Coalition’s Broadband Network (CBN), Communications Minister Malcolm Turnbull was asked about NBN Co’s existing Fibre to the Node trials.

The FTTN trials are designed to test the viability of the technology when deployed in Australia. The FTTN trial is being undertaken in two locations: Umina near Woy Woy on the NSW Central Coast and Epping in Melbourne’s northern suburbs. NBN Co has constructed two small scale Copper Serving Area Modules, erecting kerbside node cabinets which will connect fibre to spare copper pairs in the local Telstra pillar.

Once active, NBN Co was to have invited RSPs to participate in a Fibre to the Node end user trial. This limited term trial will test the delivery of high speed broadband via FTTN to up to 100 premises at each location. Although retail ISPs have not yet been signed up to participate in the trial, so far aw download speeds of 105Mbps have been verified over a distance of 100m from a local test node. However, earlier this week ZDNet reported that neither trial had yet formally commenced.

“But your own trial sites are being delayed as well. That’s causing the delay of the trial sites – as I understand it, isn’t going ahead,” 7:30 host Sarah Ferguson told Turnbull last night.

“No, no, that’s not true,” Turnbull responded. There are trial sites, there’s 11 nodes set up on Umina on the Central Coast and we are coming – we are – you know, finalising the discussions with Telstra to do a big thousand-node trial and which will then roll into the full fibre-to-the-node rollout. So there’s a – things are moving along very well.”

There is some truth to Ferguson’s statement that the trials have been delayed, with no live retail customers having yet been isgned up.

NBN Co chief operating officer Greg Adcock told a Senate Estimates committee last week that the 11 nodes in Umina had been built, and the agreement to facilitate the access to the spare Telstra copper in the area was signed the week before. “So all the right instruments are in place now for Telstra to come and hook the node up to those copper pairs and ask NBN Co to engage with RSPs so that we can start to provide trial services to end users in that area,” he said. “The Umina trial is progressing well.”

However, the Epping trial is not going as well. “The Epping trial in Victoria has slowed down a bit while we work with the utility there to find a power solution, and we are working through that,” Adcock said. “On the broader FTTN trial, we continue to negotiate with Telstra. Principles have been agreed and good progress is being made, and we believe that we will be able to commence that trial in the coming weeks.”

opinion/analysis
It will be good to see the thousand node trial get off the ground. The Umina and Epping trials, as interesting as they are, are really only tests of Alcatel-Lucent’s equipment in little more than ideal laboratory conditions. The problems which many people anticipate will eventuate from the use of FTTN technology in Australia (such as issues with Telstra’s copper condition, width and length) will likely only be seen when this broader trial is undertaken.