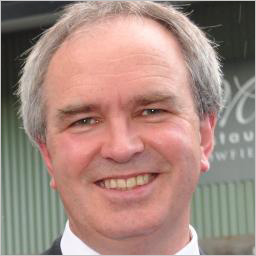 Archer was appointed Australian Government chief information officer in December 2012. At the time, the then-Labor Federal Government had split its troubled IT strategy division, AGIMO, in two, promoting internal staffers (including Archer) into two new chief information and technology officer roles in line with the recommendations of the Reinecke review regarding the agency’s future.

In December 2012 the Federal Government took action on the Reinecke and Gershon reports, splitting AGIMO in two. One of the two public servants appointed to a more senior role in December 2012 was Archer, previously First Assistant Secretary, Policy and Planning, within AGIMO. Archer’s CIO role was to focus on whole of government ICT policy; while a colleague, John Sheridan, was appointed chief technology officer to focus on whole of government service delivery.

Archer’s resignation left Sheridan as the Federal Government’s most high-profile centralised technologist, although other departmental CIOs from departments such as the Australian Taxation Office, the Department of Human Services and Defence are likely to have more hands-on power in terms of major technology projects.

In a statement issued today, Gartner said Archer would now advise Gartner’s senior government technology and executive clients globally. The primary focus of the executive’s research will be the rapid transition to digital service delivery by governments, specifically in the context of the business and operational implications, and the opportunities available to governments to better leverage emerging technology solutions.

“The digital transformation of citizen services as well as internal information and processes is partly due to the opportunities created by technology, and partly a consequence of political agendas seeking a quantum improvement in constituent service and operational efficiency,” he said. “Glenn’s experience in balancing these demands will make him a very valuable advisor to Gartner’s public sector clients globally.”

Archer is not the only government chief information officer to take up a position in Australia’s IT analyst community. Steve Hodgkinson, for example, currently director of Ovum’s government practice in Australia and New Zealand, was previously deputy CIO and director of eGovernment Strategy and Policy for the Victorian State Government.