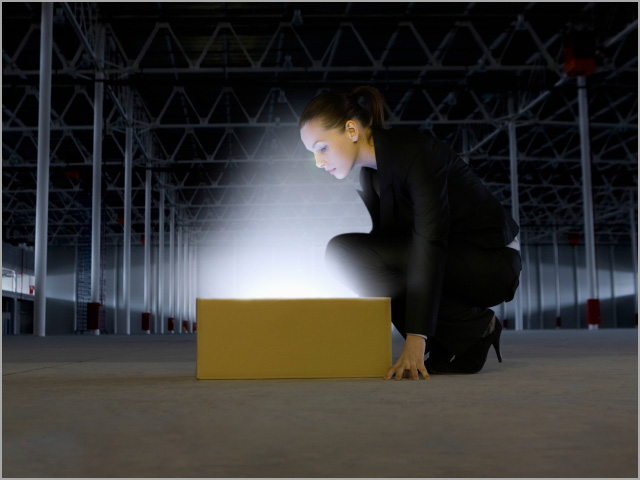 news A move by the Greens to set up a Senate inquiry into the potential reform of Australia’s surveillance laws appears to have opened a giant Pandora’s Box of debate about the issue, with Australian law enforcement agencies using the process to demand massively increased electronic surveillance rights, including data retention of users’ communications.

Following a number of major revelations surrounding Australia’s electronic surveillance activities, especially associated with documents released by former NSA contractor and current whistleblower Edward Snowden, the Greens successfully teamed up with Labor in December to establish a formal inquiry into Internet surveillance practices by government agencies in Australia, through a review that will take place into the controversial Telecommunications (Interception and Access) Act.

The Greens have taken a strong stance against the need for unfettered surveillance of Australians by law enforcement agencies, with Communications Spokesperson Scott Ludlam (who is currently campaigning to save his Senate seat in Western Australia) stating that review of the TIA Act was “well overdue” due to its outdated nature.

The Greens appear to have taken the view that an inquiry into the potential future reform of the Act would lead to it being modernised and Australians receiving higher levels of privacy in terms of their usage of telecommunications services. However, if submissions to the inquiry so far are any indication, the inquiry itself may act as a Pandora’s Box for the issue of surveillance in Australia. Already, several different groups have used the forum to call for massively increased surveillance powers for Australian government agencies, although others have also used the forum to call for increased privacy rights for individuals.

Of particular interest to those interested in digital rights in Australia will be the extensive submission put into the review by the Attorney-General’s Department, which contains within its remit most of the Federal Government agencies who make the most use of Internet surveillance — including the Australian Federal Police and the Australian Security Intelligence Organisation.

The department’s submission (available online in PDF format) acknowledges in its opening pages that the privacy rights contained in the TIA Act are inadequate and that oversight of those agencies using the Act to facilitate telecommunications surveillance is also lacking.

“With the development of communications technology … the Act is in danger of no longer sufficiently fulfilling either of its key objectives and its oversight arrangements are, in part, fragmented and incomplete,” the department wrote in its submission to the Senate inquiry. “The privacy protections in the Act, although strong, require future-proofing to keep pace with the changes in technology.”

However, the submission by the Attorney-General’s Department very quickly segues into a discussion of how surveillance powers could be massively expanded through a reform of the TIA Act, to allow government surveillance to penetrate all layers of modern communications.

Of particular concern to the department and its portfolio agencies is the fact that technological change has meant that it’s no longer easy for government authorities to gain access to individuals’ telecommunications records. When the Act was written, most telecommunications took place over tradition PSTN telephone lines owned and operated by Telecom Australia (now Telstra).

However, as the submission points out, there are now multiple layers of networks over which Australians can communicate, including different physical network layers (mobile, copper, satellite, HFC cable), different network providers, different Internet access providers, and even different application service providers such as Microsoft, Google, Facebook, Twitter and more.

In its submission, the department argued that the warrants required to access telecommunications data should be simplified and that all of these layers should be made available through what it described as an “attribute-based” model for access to users’ telecommunications — in short, that warrants would use information such as a time of day or geographic location to target a users’ data, rather than, say, their specific phone number or mobile device.

The department is also seeking further powers. For example, the submission pointed out that criminals are making increased use of encrypted data in their telecommunications, and argued that law enforcement authorities should be allowed to issue warrants forcing individuals or service providers to, for example, decrypt that data. This is not a current power that law enforcement agencies enjoy.

In addition, the department again raised the spectre of controversial data retention provisions — largely rejected by a parliamentary committee last year — being added to surveillance legislation. This would require ISPs and telcos to maintain data on their subscribers’ use of telecommunications services for a set period — the department’s submission gives the example of two years.

Other submissions to the Senate inquiry went even further than that of the Attorney-General’s Department. For example, the Northern Territory Police has called for individuals’ web browsing history to be logged to assist it with investigations and the Australian Federal Police and ASIO both called for significantly expanded data retention and surveillance powers, especially with relation to the power to monitor telecommunications over increasingly popular platforms such as Internet telephony.

Despite the already high number of warrantless accesses to telecommunications data every year — some 300,000 requests were made in the past financial year — virtually every law enforcement agency also called for simplified systems for obtaining warrants for telecommunications interception.

Only a handful of submissions out of the 35 currently filed — including digital rights groups Electronic Frontiers Australia and the Pirate Party Australia (both tiny organisations) — focused on the need for stronger privacy rights and oversight of telecommunications surveillance.

opinion/analysis
Wow. I think Greens Senator Scott Ludlam may have bitten off more than he — or anyone else — can chew here. I recommend you read some of the submissions published here, especially those from the Attorney-General’s Department, ASIO and the Australian Federal Police. These are mammoth submissions calling for huge increases in surveillance powers and drastically simplified warrant systems, but generally without producing significant evidence that such powers are required.

Australia’s digital rights community hailed the formation of this inquiry as a victory for transparency and accountability in terms of our national telecommunications surveillance regime, in the context of massive government use of that regime.

What we’re seeing here is the war for Internet privacy being definitely lost, right in front of our faces. Let us not forget that both sides of politics — Labor and the Coalition — have a strong track record of attempting to give Australia’s law enforcement authorities whatever they want in this area. Data retention, Internet filtering, universal telecommunications surveillance — it’s all been discussed before and is coming up again in this context.

The tiny submissions made by digital rights groups such as the EFA and the Pirate Party Australia, in comparison to these huge law enforcement documents, look like twigs blowing in the wind of a giant hurricane. And in the face of bi-partisan major party support, the Greens’ efforts here will also look quite miniscule. If you’re interested in digital rights and privacy in Australia at all, I encourage you to share information about what’s happening here. It may well be our last chance to escape a society based on universal law enforcement access to all telecommunications.