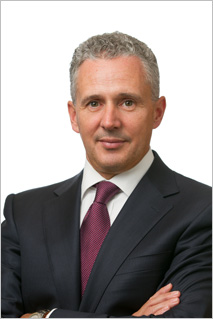 news The nation’s largest telco Telstra has declared itself “agnostic” as to whether Labor or the Coalition has the best method of deploying faster broadband under the National Broadband Network project, stating that it is “very happy” to work with either major side of politics.

Under Labor’s National Broadband Network policy, some 93 percent of Australian premises will receive fibre directly to the premise. The Coalition’s policy will see fibre to the premises deployed to a significantly lesser proportion of the population — 22 percent — with 71 percent covered by fibre to the node technology, where fibre is extended to neighbourhood ‘nodes’ and the remainder of the distance to premises covered by Telstra’s existing copper network. The Coalition’s policy will also continue to use the HFC cable network operated by Telstra. Both policies will target the remaining 7 percent of premises with satellite and wireless.

FTTN-style rollouts, although technically less capable than the FTTP style used by Labor, has been shown to be viable in a number of other first-world countries, including the UK, where incumbent telco BT recently announced it had passed some 16 million premises with FTTN since 2009, delivering speeds of up to 76Mbps, as well as France, Germany and the United States.

However, where the rollout style has been used, it has generally been used by so-called incumbent telcos — telecommunications companies like Telstra, BT, France Telecom and Deutsche Telekom, which are formerly owned by each country’s government and already own their own copper network. The rollout style being proposed by the Coalition — where a portion of Telstra’s copper network would be used by NBN Co — has not generally been used in first-world countries.

This has led to a debate in Australia regarding whether Telstra would actually be willing to sell its copper network to NBN Co and if so, under what price. Shadow Communications Minister Malcolm Turnbull has stated that he believes Telstra would cooperate with the Coalition FTTN proposal and that it would be willing to modify its existing $11 billion contract with NBN Co, because the contract effectively sees Telstra sell its copper network to NBN Co, as NBN Co is paying Telstra to shut down the network and transfer its customers onto NBN Co’s fibre. NBN Co also gains access to Telstra’s ducting infrastructure to lay its own cable.

In an interview with the ABC’s Inside Business program on Sunday following the telco’s financial results session last week, Telstra chief financial officer Andrew Penn said the company wasn’t phased by either policy. We recommend you click here to view the full interview.

“We’re very happy to work with either government, either policy, to basically help them deliver what is ultimately a government policy decision in terms of the method of the rollout of the National Broadband Network, and that’s what we’ll do,” Penn told host Alan Kohler.

“From our point of view we’re sort of agnostic as to which particular method it is, we just want to make sure that we basically support the government, support the rollout, provide the great service for our customers, but also importantly protect the value for our shareholders. So we can respond to either.”

Penn also responded to the question of whether Telstra would be willing to continue operating its HFC cable network. The network is capable of providing speeds up to 100Mbps and covers a wide swathe of areas in Australia’s major metropolitan areas, but many customers in apartments and other complex housing arrangements can’t get it connected because of legal restrictions. Under Labor’s plans, the HFC cable will be shut down in terms of broadband access, but under the Coalition Telstra would open wholesale access to the cable.

“We’ve just got to let government determine policy, whoever the government is, whether it ends up being a Coalition government or it stays with a Labor government, that’s not really for us to opine on, or the policy that they may be seeking to implement for the NBN point of view,” said Penn. “We’ll understand what the policy is and then we’ll respond to it. And we’ll make sure we deliver service for our customers and importantly protect the value for our shareholders.”

The comments represent only the latest time that Telstra has said it would be willing to work with either side of the political spectrum on the NBN.

In April this year, for example, Telstra chief executive David Thodey, ZDNet reported, stated that the 25Mbps speeds which the Coalition is promising would be possible over Telstra’s copper network if it was upgraded to use fibre to the node technology. At the time, Thodey indicated that speeds could range up to 60Mbps. “There’s elections to be had, but should there be change of government, we look forward to working with the government of the day, we’re focused with working with NBN Co, but should there be a change, we’ll engage and get on quickly with the job,” Thodey said at the time.

opinion/analysis
This might be an unpopular opinion to put out there, but in my view, it seems relatively clear from statements by Telstra executives over the past six months or so that the telco does believe it will be possible to implement fibre to the node on its network, and that it also believes it will be able to renegotiate its $11 billion contract with Telstra to incorporate that changed rollout model.

Is this the preferable option? Of course not. Telstra, like everyone else involved in the equation, ultimately wants to stop maintaining and taking care of its copper network and wants to shift onto fibre. The telco has a very lucrative deal with NBN Co right now, and I think the telco would prefer to keep that deal and continue to push on with the NBN rollout, rather than going through the upheaval of taking another renegotiated deal back to shareholders and having to continue to take responsibility for its copper network in the long-term. There is nothing that telcos like less than regulatory change — it creates a lack of certainty for their investments in their own business. In addition, the rollout of FTTP will also help Telstra continue to better develop its fast-growing cloud computing (‘Network Applications and Services’) business in the long-term.

I think Telstra’s board and Thodey personally realise that Australia has now gone too far down the National Broadband Network track, and that with both sides supporting some form of NBN Co implementing a network refresh, that Telstra’s participation in the process is inevitable. The company’s current stance — that it will work with either side on either technology — is a pretty rational way to look at things. If either one option or the other is inevitable, I guess the sensible option is to plan for both. I’m not saying Telstra won’t play tough during any future NBN negotiations — but neither do I think Telstra would push a Coalition Government to take the nuclear option — forcing it to play ball through enacting enabling legislation.