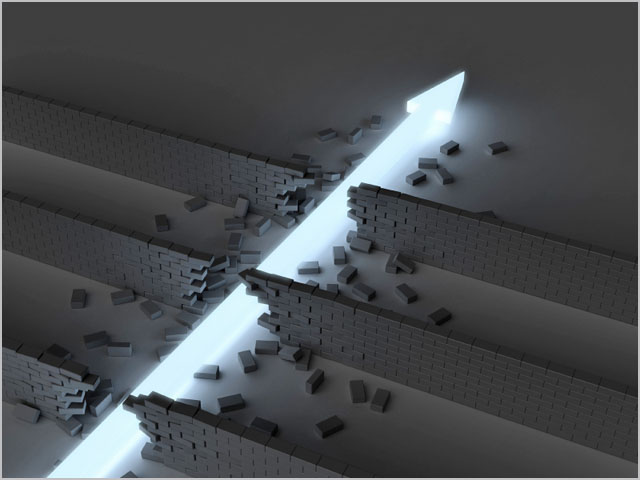 news The Federal Parliament committee examining IT price hikes in Australia has published an extensive report recommending a raft of drastic measures to deal with current practices in the area, which, the report says, are seeing Australians unfairly slugged with price increases of up to 50 percent on key technology goods and services.

In mid-2012, spurred by the campaigning efforts of then-Labor backbencher Ed Husic, who has since been promoted to the dual roles of Parliamentary Secretary for Broadband and Parliamentary Secretary to Prime Minister Kevin Rudd, the House of Representatives Standing Committee on Infrastructure and Communications kicked off hearings into the Australian cost of popular technology goods and services, as well as some forms of content, with reference to the issue of unfair price increases by international vendors.

Late last week, the committee handed down its report on the issue to Parliament, and this morning it was made available in full on the committee’s website.

In the foreword to the report, Committee chair Nick Champion noted that the importance of IT products to every sector of Australian society “can hardly be overstated”. “IT products are woven into the fabric of our economy and society, and have driven rapid change in the way Australians communicate, the way we work, and the way we live,” the Labor MP noted.

However, Champion added, the committee hearings held over the past year had found that Australian consumers and businesses must often pay between 50 and 100 percent more than those residing in other countries for the same products.

“Evidence presented to this inquiry left little doubt about the extent and depth of concern about IT pricing in Australia. Consumers are clearly perplexed, frustrated and angered by the experience of paying higher prices for IT products than consumers in comparable countries,” Champion added. “High IT prices make it harder for Australian businesses to compete internationally and can be a significant barrier to access and participation for disadvantaged Australians (in particular Australians with a disability).”

“Based on the evidence received over a 12 month inquiry, the Committee has concluded that in many cases, the price differences for IT products cannot be explained by the cost of doing business in Australia. Particularly when it comes to digitally delivered content, the Committee concluded that many IT products are more expensive in Australia because of regional pricing strategies implemented by major vendors and copyright holders. Consumers often refer to these pricing strategies as the ‘Australia tax’.”

Champion noted that the Committee recognised that businesses must remain free to set their own prices in a market economy. However, he added, the committee had made a number of recommendations in the report which were intended to “sharpen competition” in Australian IT product markets.

“The Committee hopes that these measures will increase downward pressure on IT prices and improve the access of Australian businesses and consumers to cheaper IT products,” he added.

Some of the recommendations listed in the report appear fairly innocuous. For example, the Committee recommended that the Australian Bureau of Statistics develop a comprehensive program to monitor and report expenditure on IT products, both domestically and overseas; that universities conduct a study into their IT needs, and that the Federal Government consider a whole of government accessible IT procurement policy.

However, others are likely to be heavily criticised by companies already selling IT products and services in Australia, including retailers.

For example, the Committee also recommended that parallel importation restrictions still found in copyright legislation be lifted and that similar stipulations in the Trade Marks Act be reviewed and broadened, potentially widening the retail door for technology products in Australia.

In addition, in a move which will concern providers of online services, the Committee recommended that the Government amend the sections of the Copyright Act which deal with so-called technological protection measures that allow companies to control geographic market segmentation (this measure can be used, for example, to implement technical measures to stop Australian consumers gaining access to content generated outside the country). The Committee recommended that consumers’ rights in this regard be clarified and secured.

In addition, the Committee recommended that the Government investigate options by which it could educate consumers on how to actively avoid this so-called ‘geo-blocking’.

In a move which could have a drastic effect on the operation of digital services such as Steam, iTunes and Amazon’s Kindle Store, none of which currently allow content to be resold, the Committee recommended that the Government consider the creation of a “right of resale” for digital content, and clarification of “fair use” rights, including reviewing vendors’ ability to “lock” digital content into a particular ecosystem.

A wholesale ban on geo-blocking could be considered “as an option of last resort”, should persistent market failure exist, according to the Committee, and the Government could also investigate the feasibility of amending the Competition and Consumer Act so that contracts or terms of service which seek to enforce geoblocking are considered void. In addition, the Committee recommended that one particular section of the Competition and Consumer Act, which deals with contracts and trade marks, be repealed.

It is believed that many of the major technology giants — including Apple, Google, Amazon, Valve, Microsoft, Sony and others, who sell digital content to Australians — would be likely to be concerned about some or all of these recommended changes, as they would introduce new features with relation to their products which are not currently available in other countries.

Despite the likelihood of major industry players not being in favour of some of the listed recommendations, at least one consumer group has already strongly welcomed them.

“Our research shows Australians cop a raw deal on digital prices, and today’s report provides a much-needed trigger for government action to terminate the so-called ‘Australia tax’,” says CHOICE director of campaigns and communications, Matt Levey. “In particular, we congratulate the Committee for taking aim at the practice of ‘geo-blocking’, the virtual walls put in place by global copyright owners and manufacturers to artificially carve up markets and sustain higher prices in regions like Australia.”

“Taken together, these are strong recommendations based on a huge amount of evidence, including the Committee’s welcome step of compelling IT giants Apple, Adobe and Microsoft to front the inquiry in April this year,” Levy added. “We now need to see this bipartisan approach translate into action in the Parliament, giving Australians the confidence and tools to bypass virtual walls and access legitimate, cheaper digital goods.”

opinion/analysis
Wow. Simply wow. The recommendations outlined in this report are incredible, and represent something of a “best possible outcome” win for Australian consumers and businesses, in terms of price discrimination in the IT product market. The end of geo-blocking? Legislated right of resale for digital content? A review of TPM sections of the Copyright Act? All of this sounds amazing, and exactly what consumers want. This document really is visionary, and a highly consumer-oriented statement on how the future of digital applications and content should play out in Australia over the next several decades.

Of course, most of the recommendations will never be enacted.

Keen observers will note that it is likely that companies such as Apple, Google, Amazon, Valve, Microsoft, Sony and others, who sell digital content to Australians, will not agree to abide by these recommendations unless forced to by law, and in fact it is likely that even if laws are enacted to force these companies to follow the recommendations, a huge wave of lawsuits will eventuate and probably go all the way to the High Court.

Companies such as Apple, which tightly control their digital content, or even companies such as Steam, which are much more customer-friendly, currently have no functionality, for example, to allow customers to resell products which have been bought through Internet storefronts such as iTunes and Steam. And they have no intention of offering such functionality in their products ever.

The problem for these vendors is two-fold. Firstly, it would be an incredible technical step to allow such functionality in Australian versions of Steam and iTunes (to take two examples), but not in international versions. These vendors simply do not want to take this step and allow Australians technical functionality not available overseas, such as resale of digital products.

Secondly, there is also the ecosystem to consider. These Internet storefronts depend on highly complex licensing agreements with third parties (for example, music labels in the case of iTunes, and video game manufacturers in the case of Steam). There are very strict stipulations in these agreements which allow vendors to sell digital copies of the appropriate content; if the Federal Government tries to force features such as geo-blocking removal or adding in resale options, this move will go against the distributor’s underlying, standardised contracts with their content providers.

I am not exaggerating when I say that firstly, powerful lobbying firms will be brought to bear on Australia’s politicians to stop such laws, should they try and enact them. Secondly, if that fails, then I anticipate that many content makers will simply remove their content from the Australian versions of the Internet storefronts we’ve been discussing.

Realistically, Australia is part of a global marketplace. It’s a very nice idea, but trying to introduce consumer safeguards on the Australian segment of that marketplace — when no other country is doing the same — is going to be an exercise in frustration for everyone concerned. Globalisation has its benefits — but also its problems.

What I do expect to see happen as a result of this inquiry is not the end of geo-blocking or the introduction of resale rights on content. Instead, I expect to see a much more watered-down impact. I’m sure the ABS market examination will go ahead, for example, and I’m sure the ACCC will crack down a little more on vendors abusing Australians’ contract rights. And I’m sure the Government will set up a website to show Australians how to evade geo-blocking. We’ll also see some updates to the Copyright Act.

But the bigger questions are global ones. And as aspirational as this review is, it will not be able to solve them. That’s just reality.