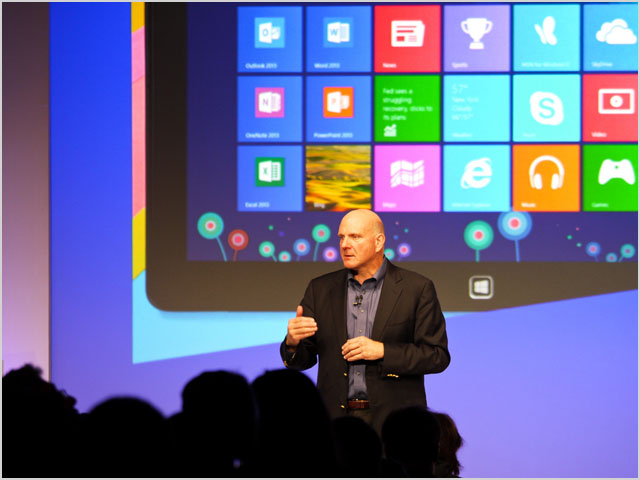 news Microsoft Australia has confirmed that Australians have only several more days to buy its new Windows 8 operating system at promotional prices before it hikes its prices on the software massively as at the 1st of February.

Since the software launched in late 2012, Australians have been able to buy Windows 8 upgrades online relatively cheaply. The Windows 8 Pro upgrade can currently be downloaded from Microsoft’s online store in Australia for just $39.99.

However, in a blog post on the company’s global Windows blog in mid-January, Microsoft communications manager Brandon LeBlanc noted that these introductory prices would only last until January 31st this year, with the company planning to significantly hike prices; the Windows 8 Pro upgrade version will cost US$199.99 from February, the normal Windows 8 upgrade edition will cost US$119.99 and other price increases would also apply.

Since that time, Delimiter has had an inquiry with Microsoft Australia as to whether the same situation would occur in Australia as at 1st of February. This afternoon, Microsoft Australia confirmed through the company’s public relations firm that it would. “Visit the Microsoft Store before 31 January to take advantage of the current Windows 8 Pro upgrade launch promotion, which offers a discount of up to 90% off the recommended retail price that commences on 1 February,” the company said.

“Also, customers that received the Windows Upgrade Offer code when they purchased a Windows 7 PC between 2 June 2012 and 31 January 2013 will need to redeem that offer by 28 February 2013 at www.windowsupgradeoffer.com to upgrade to Windows 8 Pro for only $14.99.”

The move has already attracted significant criticism from end user customers, with several dozen commenters on LeBlanc’s blog almost universally condeming Microsoft’s plans. “I love Windows 8, but this pricing is going be way too high to convince people to upgrade,” wrote one.

And a third added: “I think this is a very big mistake for Microsoft to make. I’m a huge advocate of Windows 8– running it on my laptop, own a Surface RT, and preparing to buy a Surface Pro– but I’m having a huge struggle convincing people why they should upgrade. All people hear/see about it is “it’s different” and they don’t want to understand why it’s not a big deal. Telling them something they don’t need/want is going to cost $200 instead of $40 is going to really kill the incentive. I really wish you guys would reconsider.”

Microsoft’s pricing is also consistently significantly higher than equivalent upgrades for users of Apple’s Mac OS X operating system, the main rival to Windows on the desktop. The company currently makes Mac OS X upgrades available for around $20 consistently, downloadable through Apple’s own online store. In addition, the company’s upgrades to its iOS mobile operating system, which competes directly with Windows 8 on tablet devices, are generally free to users.

“What in the living h*ll? Why are they doing this? Jeez, give people even MORE reasons not to use Windows,” wrote another commenter on LeBlanc’s blog. “Remember how Mac users all have to pay premium rates to upgrade operating systems? Oh wait.”
The news comes as Australian analysts continue to be unenthusiastic about Windows 8’s adoption progress in Australia. In late November, for example, IDC market analyst Amy Cheah told the Sydney Morning Herald that Windows 8 take-up was “not as strong as Microsoft would like it to be”.

However, a number of major organisations around Australia, including the Commonwealth Bank of Australia, MYOB, the Department of Agriculture, Fisheries and Forestry, ING Direct, the Red Cross, McGrathNicholl and others are evaluating the software or have already committed to deploying it. Last week ZDNet revealed that the Federal Parliament was trialling Windows 8 tablets alongside existing iOS devices.

opinion/analysis
US$200 (and I bet it will be more in Australia, after the usual Microsoft Australia tax takes its toll) is much too much to pay for Windows 8, and personally I cannot for the life of me understand why Microsoft would believe that it can charge people this much.

The only real reason I can think of that Microsoft is hiking its Windows 8 prices in this manner is related to the ongoing recent rumblings within the IT industry that Redmond is increasingly transitioning away from its consumer roots as Apple eats its lunch in the smartphone/tablet space, and towards being a more pure play enterprise player.

Most of Microsoft’s revenues already come from its operations in the business and government sectors, where it’s almost mandatory to pay for its Windows and Office duopoly (not to mention the rest of its stack; SharePoint, Exchange, SQL Server and so on). If Microsoft is broadly shifting its focus away from consumers and towards the enterprise (if we set aside its Xbox division for a second), you can imagine that the company will gradually cease to care whether consumers upgrade to the latest Microsoft operating system opus or not.

Speaking for myself, I have to say that personally, I know almost nobody who has upgraded to Windows 8 on their home machines, unless they explicitly work with Microsoft software professionally. Almost universally, all of my friends and colleagues are buying MacBooks, iMacs and iPads, switching their personal technology assets over to Apple. For most people I know, Windows 8 doesn’t even exist, and this price hike will make it even more irrelevant. Most people are still forced to use Windows at work; but at home, it’s a completely different story.