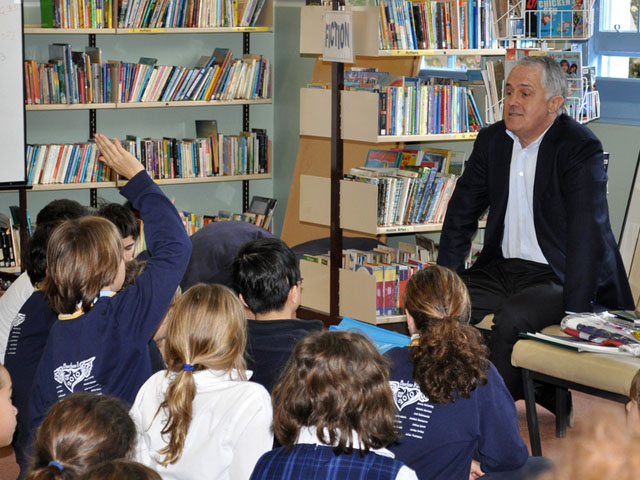 blog If you believe the criticism of ABC Technology + Games Editor Nick Ross’ recent NBN opus, The vast differences between the NBN and the Coalition’s alternative, the piece is inherently flawed and represents an inherently biased look at the differences between Labor’s current fibre to the premise NBN plan and the Coalition’s more moderate fibre to the node vision. However, there’s no doubt that the article is already having a wider impact than some might have expected.

Malcolm Turnbull was a guest on Ten’s The Project television show last night, and it appeared to be clear that the entire panel had been briefed with Ross’s article, peppering Turnbull directly with questions about it. You can watch the entire clip here (you’ll have to wait for some ads to play and navigate through the sidebar on the right). The show directly referenced the NBN’s enduring popularity with the electorate, flashed Ross’s article on screen, and opened with this quote from Turnbull (which was included in Ross’s article):

“There is no evidence whatsoever that the massive increase in speeds delivered by fibre-the-home will deliver any extra value or benefit to Australian households.”

Carrie Bickmore’s opening question to Turnbull was as follows:

Follow-up questions from comedian Dave Hughes asked Turnbull what kind of broadband he would prefer at his residence (Turnbull currently uses Telstra’s 100Mbps HFC cable), and another panellist brought up another aspect of Ross’s article — the fact that New York has started to replace its copper network with fibre following its recent floods. “Our country is inundated with floods as well. The copper’s 30 years old, its life expectancy’s not much more than 30 years, are there viability issues with it?” they asked.

“You’re a classy guy, and you’re a really great salesman, but aren’t you really stuck with a bit of a dud policy here from Tony Abbott?” added Charlie Pickering.

Turnbull gave what has come to be his series of pretty stock answers to the questions, but to be honest I don’t feel that he acquitted himself very well. The Project is famed as the home of Generation Y on Channel 10, and I feel that the panellists really weren’t that interested in Turnbull’s answers, but saw them as kind of political schtick from a middle-aged politician. If there’s anything which Generation Y is strongly interested in, after all, it’s ubiquitous fast broadband.

I think this segment really indicates that Ross’s article, while widely panned by technology journalists and Turnbull himself, has hit a chord with the wider community. It’s hard to escape the fundamental truth about the current NBN debate that fibre to the premise solutions are inherently technically better than fibre to the node solutions, and my estimate is that most Australians are confident enough of the NBN’s finances not to worry too much about the cost. They just want the job done once, and done right. And that blowback is starting to hit Turnbull hard, even in the mainstream media.