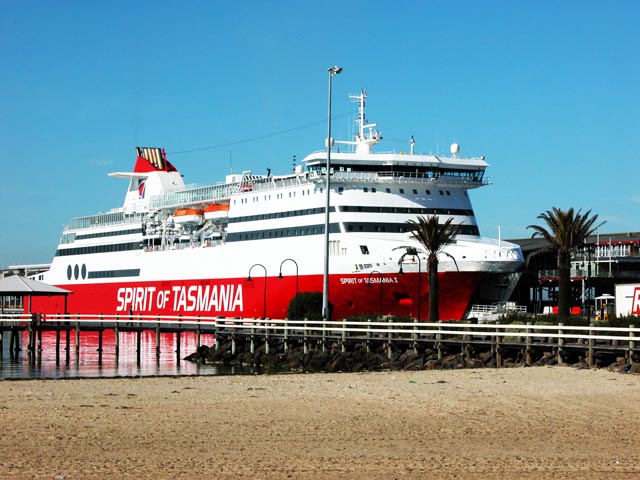 news Vodafone has received its second round of government support in less than five years to expand its extensive call centre operations in Tasmania, with the ailing mobile telco revealing today it planned to double its workforce in the state to 1,500 and examine the case for bringing jobs back from overseas.

The company has a substantial facility in the Tasmanian town of Kingston, south of Hobart. In 2009, the telco received a substantial package of funding from the Tasmanian Government to keep the facility open and add another 100 local jobs (for a total at that point of 500). The company had been considering shifting the centre to Brisbane. At that stage the Tasmanian Government had been finalising a seven-year assistance package to keep the Vodafone call centre in the state.

This morning the telco noted that it was planning to double the size of its workforce in Tasmania to an eventual 1,500 staff, following the award of a funding package from the Federal Government, as well as payroll tax concessions from the Tasmanian Government.

As part of the partnership announced today, the Federal Government will provide support up to $4m for recruitment, training and the accommodation of new staff, as well as access to existing government programs for training and support. The Tasmanian Government will provide $850,000 for infrastructure costs payroll tax concessions for  new employees. When this new employment initiative is fully operational it is expected to deliver the Tasmanian economy more than $45 million dollars per year in direct payroll contributions.

“We’ve been listening to our customers,” said Vodafone Australia chief executive Bill Morrow in a statement issued by the company. “Australians want fast, reliable coverage; they want consistent, high quality service; and they want the confidence to use their mobile without worrying about the cost. When they call us, they want to speak to someone local.”

Prime Minister Julia Gillard said the move was a vote of confidence in the abilities of local employees to provide the level of service required by Vodafone to meet its customer needs. “This is an exciting opportunity for Tasmanians and a welcome development. It will provide training, employment and business opportunities for the region”, said Gillard in Vodafone’s statement.

Morrow added: “I’m proud of our people. Vodafone’s award-winning service centre in Tasmania is an industry standout. Feedback on our centre is overwhelmingly positive, we have high retention rates matched with loyal employees as indicated by industry low attrition rates. Every member of our team plays a crucial role in our turnaround, especially those talking to our customers. Our Tasmanian call centre investment plays a vital role in delivering the services Australians have asked for.”

Tasmania currently has the highest unemployment rate in Australia, with around 7.8 percent of residents in the state not able to fund jobs — the national average is 5.4 percent. Vodafone picked the site for its planned expansion because of its existing call centre in the region and the potential to scale it up. The potential also exists in the medium term for the company to use less resources in its offshore Indian call centre.

The news comes as Vodafone continues to suffer financially due to the ongoing exodus of customers to other carriers. Earlier this week the company revealed it had lost 443,000 customers and about $817 million in the 2012 calendar year, as indications continue to mount that the company’s network rejuvenation, staff restructuring and executive leadership changes have had little to no impact on its fortunes.

opinion/analysis
What you think of this move by the Federal and Tasmanian Governments to again fund Vodafone’s expansion of its call centre facilities in Tasmania depends what your political philosophy is.

If you are broadly of a more socialist democratic persuasion, you likely think it’s a good move. It’ll benefit Vodafone customers through keeping more jobs in Australia, Tasmanians through more jobs, and the overall Tasmanian and wider Australian economy. Plus, it helps the politicians. Sometimes, your thinking might go, it’s appropriate for the government to step in to help major corporations keep jobs in an area like Tasmania, which doesn’t have much else going for it.

However, if you are like me, a small business owner and someone who has a small ‘l’ liberal political philosophy, is opposed to government handouts and thinks the market should broadly take care of itself, the Federal Government’s intervention with Vodafone is somewhat offensive. After all, why should Vodafone be the only company to benefit from government largesse? Why shouldn’t Telstra, Optus, iiNet and TPG, all of which have Australian call centres to some extent, receive similar funding?

There’s also the issue of why the government should spend taxpayers’ money on private sector interests at all. As a company right now, Vodafone is failing completely … losing hundreds of thousands of customers and hundreds of millions of dollars each year. Isn’t the government throwing our money into a black hole in this case to prop up a company on the brink of disaster? Personally, I think so, and I think this money could be better used. After all, I’m a small business owner, and I don’t see the government throwing bundles of cash my way to keep my business open. Probably because my business isn’t big enough — and it’s not based in a ‘disadvantaged’ region.