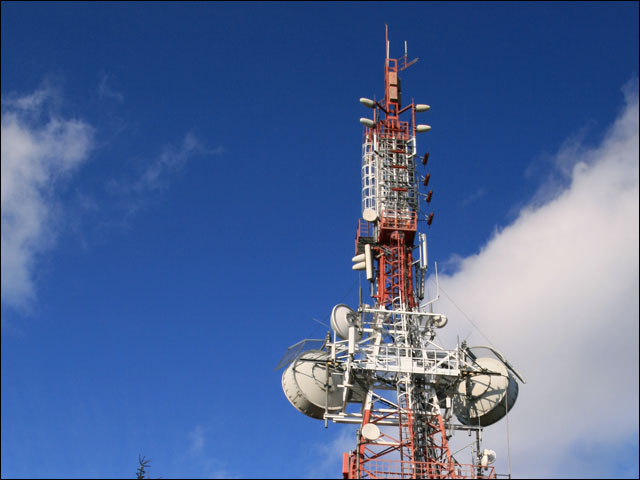 news A small community group in the Victorian town of Dereel is attempting to block the installation of a National Broadband Network wireless tower in the region despite most of the community approving, inaccurately claiming that the installation of the tower could cause “life-threatening” radiation to residents in the area.

News of the community action was published in a television news report by WIN News this month, which quoted local resident Wendy McClelland as saying that radiation was a serious problem for her, and that she must keep away from telecommunications towers. “Now they want to put a tower near my property, and it’ll just about kill me,” McClelland added. The resident dons headgear on the report which she claims protects her from radiation.

McClelland and others in the community have reportedly filed an appeal with the Victorian Civil and Administrative Tribunal, seeking to have the wireless tower blocked and satellite broadband services provided instead. Another resident said in the report that she wasn’t against progress, but she was against it when it came “at the cost of human life”.

The Australian Radiation Protection and Nuclear Safety agency has issued a fact sheet on the fixed wireless towers used by NBN Co. The fact sheet states:

“National Broadband Network (NBN) base stations use electromagnetic radiation to provide high speed broadband services to the community. The highest values of the radiofrequency electromagnetic energy (RF EME) that the public would be exposed to from the NBN base stations that are currently planned are less than 1/100 of the Australian public exposure limit. This means that the highest exposures are well below the levels at which any harmful effects are known to occur.”

“The ARPANSA RF Standard is based on scientific research that shows the levels at which harmful effects occur and it sets limits, based on international guidelines, well below these harmful levels. It is the assessment of ARPANSA and other national and international health authorities, including the World Health Organization (WHO), that there are no established adverse health effects below current exposure limits. The standard is intended to protect people of all ages and health status.”

Dereel resident Scott Weston, who runs a website to provide information and news about the community and posted the WIN News report on YouTube, commented on the YouTube post that he had petitioned the Dereel community on the issue and attracted 188 signatures supporting the NBN project, with only 5 people objecting. There are about 600 residents in Dereel.

“ … they make the claim that an NBN LTE tower can kill a human being,” he wrote. “Excuse me? I must have missed that peer-reviewed paper. This is going to come as quite a shock to a lot of people seeing as LTE rollouts have already begun all over the world. People must be dropping like flies in the USA, their LTE rollout is quite advanced! Quick somebody call the Whitehouse! Also be sure to checkout the latest in “tin foil hat” fashion as modelled by an “outraged” resident. You hardly look crazy at all!”

The case in Dereel is not the first time NBN Co has had a battle on its hands with local residents in Tasmania also raising the issue. However, so far most complaints nationally about the towers have recognised the scientific evidence showing the levels of radiation being emitted by the structures are far below the levels which would affect humans.

opinion/analysis
While I respect the rights of those concerned about radioactivity levels of NBN Co’s wireless towers to comment publicly on the issue, I must also insist that they provide evidence for their claims. Australia’s chief nuclear and radiation safety agency has inspected the towers and cleared them. If the concerned residents of Dereel have any scientific evidence which could run counter to that study, then I encourage them to present it, as it would be an issue in communities receiving NBN wireless towers right around Australia.

In the absence of such evidence (and we haven’t seen any so far), it is clear that the tower at Dereel should go ahead, as the majority of the community appears to want the dramatically improved broadband service delivery which it will bring to the area.

Image credit: Adam Jakubiak, royalty free. Note: This is a stock image, not an image of one of NBN Co’s towers.