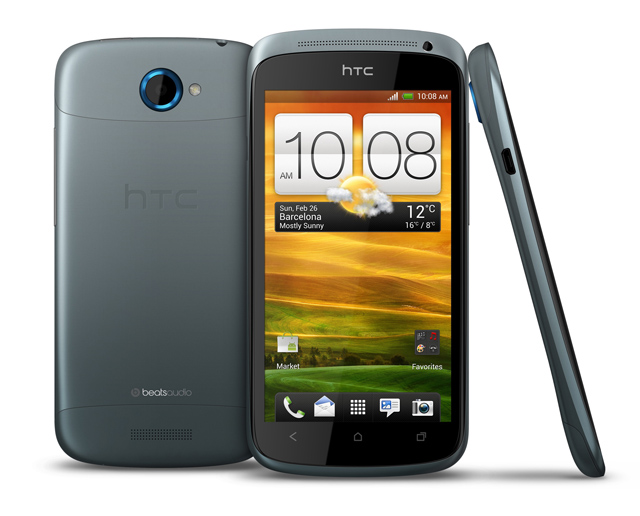 The One is similar to the One X and XL smartphones already released in Australia in that it is one of the first smartphones available locally that ships with version 4 (Ice Cream Sandwich) of Google’s Android operating system — a step up from the previous version 2 (Gingerbread) which most current Android phones in Australia are sold with. On top of that is layered version 4 of HTC’s Sense user interface overlay.

The smartphone measures 130.9 x 65 x 7.8 mm and weighs 119.5g. It comes with 16GB of storage space and 1GB of memory. Its camera is an eight megapixel model which also supports taking 1080p video at 30fps. The One S has a VGA front-facing camera for video calling, and integration with the Beats Audio technology common to the One line for quality sound when listening to music or consuming other multimedia. The One S is encased in a metal unibody case.

“The design is just beautiful, ultra-thin and strong. The gradient metal unibody feels perfect in your hand and the screen has a large vibrant display,” said Ben Hodgson, country manager, HTC Australia and New Zealand, in a statement. “The HTC One S delivers a rich, authentic sound experience and with ImageSense technology, the camera produces great photos and video in any light conditions. The stylish HTC One S is a welcome addition to the HTC One range.”

The Verge’s review of the One S said it was “simultaneously one of the thinnest and most powerful phones on the market”, but criticised HTC’s Sense user interface. In comparison, Engadget wrote: “With the latest dual-core Snapdragon S4 and noticeable improvements to HTC’s Sense UI, as well as Android 4.0 and a potent camera, this phone is likely to play a large part of the manufacturer’s renewed efforts after a shaky 2011.”

The HTC One S will be available with Optus from 2 July, 2012 for $0 upfront on the $50 Optus Plan (minimum total cost over 24 months is $1200). It will be available with Virgin Mobile from 2 July, 2012 for $0 upfront on the Big Plan $39 with $650 plan credit (min total cost over 24 months is $936). For a limited time Virgin Mobile will also offer a bonus Beats Solo headset with the HTC One S. The HTC One S will launch on the Telstra Mobile Network on 17 July, with customers being able to register their interest online.

opinion/analysis
The HTC One S is the little brother of the HTC One XL, which we recently rated as “clearly the best smartphone available in Australia”. And it appears to share most of the One XL’s strengths — a lovely screen, a great camera, great software and strong core processing performance. In fact, in all of these areas, the One S beats almost any other smartphone currently available in Australia, despite the fact that it’s not HTC’s top-end model.

However, like the One X, the One S lacks a key feature which we consider to be essential to any smartphone buy in mid to late 2012 in Australia — support for 4G speeds on Telstra’s Next G network. Right now, because of its speed, capacity and coverage advantages over the networks of Optus and Vodafone, Telstra’s Next G network is the only mobile network in Australia that we recommend to our friends, family and you, gentle readers.

However, recently Telstra’s network has become relatively congested in some CBD areas, and so we’re now recommending that users upgrade to 4G smartphones where possible to escape this congestion — especially considering the typical two-year length of most mobile phone contracts. With 4G, the One S would be a cracker of a smartphone. Without it, it’s still an awesome phone — but it’s not in the class of its big brother, the One XL. And in six months time, when Australia will start to be flooded with many more 4G smartphones, you’ll be wondering why you didn’t focus on 4G as an important feature.