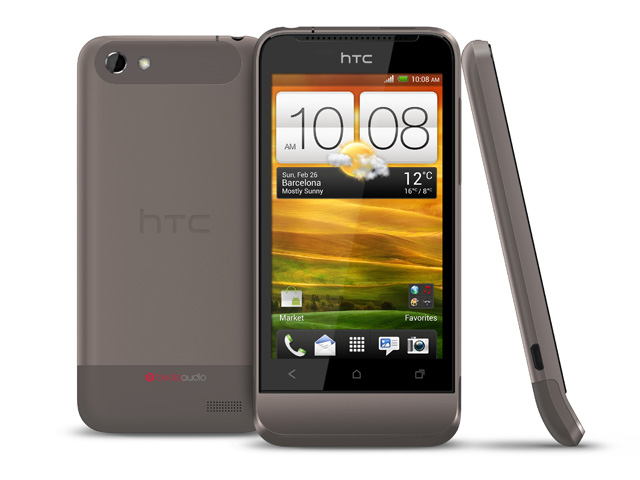 news Taiwanese giant HTC has introduced its One V handset in Australia, picking an exclusive partnership with mobile telco Optus to launch the handset, which is the baby in its popular One series already available locally.

The One V is the lowest-end model in HTC’s One series, which it has been progressively been launching in Australia over the past few months, and consequently features lesser features than the rest of the series. It uses a 3.7″ Super LCD 2 screen, a 1GHz processor, a five megapixel camera with auto-focus and smart LED flash, total storage space of 4GB and 512MB of RAM, and a battery with a capacity of 1500mAh.

Like the other models in the One series, it runs Android 4.0 (the next to latest version of Google’s Android platform, dubbed ‘Ice Cream Sandwich’), and its camera allows 720p HD video recording. The phone is light — at 115g — and it comes with the Beats Audio technology integrated that HTC has licensed for other smartphones in the One range.

Ben Hodgson, Country Manager, HTC Australia & New Zealand said in a statement issued late last week: “The HTC One V offers the complete package of features for users wanting a beautifully designed, compact and affordable smartphone. The HTC One V is another great addition to our HTC One Series, presenting our customers with a high quality device with a premium camera and audio experience.”
In its review of the HTC One V, US publication the Verge wrote that its design looks “fantastic” and feels “hard-wearing”. “If you’re looking for a phone which keeps things simple and excels at all of the essentials, then this could be it,” the publication wrote.

Engadget likewise praised the phone, but added: “Our main complaint here isn’t the camera, nor the build quality, nor the screen (aside from the discoloration); it’s the processor. A little bit more horsepower would have really helped the One V stand out as the go-to low-price Android phone.”

The HTC One V will be available exclusively with Optus for $0 upfront on a $30 Optus Plan (Minimum total cost is $720 over 24 months). On higher value plans it will also cost nothing extra in terms of handset repayment costs per month.

opinion/analysis
The design of the HTC One V reminds me sharply of the HTC Legend, which went on sale several years back, as I remember, through Vodafone. Like the One V, that model was relatively low-end compared to the rest of the HTC line-up at the time. However, it was still high-end enough to compete with the mid-range, and did most of what everyone but power users consider essential. Like the Legend, I expect the One V to do quite well in Australia. It’s cheap as chips but still packs in almost everything modern smartphone users want. If you’re on a budget but want to stay current with features and Android over the next year or so, the One V is a solid option.

Having said all this, you do have to wonder if there are better options out there. The One V will set you back $299 outright if you buy it through Mobicity. For just $190 more, you can pick up Huawei’s Ascend P1, which is a very high-end smartphone with top-level specifications which will hold their ground a lot longer than the One V. We’ve got an Ascend P1 in the Delimiter labs at the moment for testing and will post a review later this week.

As we wrote several weeks ago in our review of the similarly low to mid-range Sony Xperia Sola, the One V looks like a very solid smartphone. But when you can get much stronger models for only a little more, why would you look at the mid-range these days?