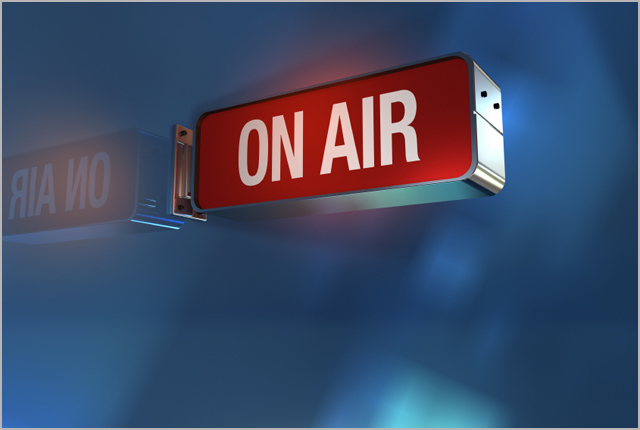 news NBN Co has shifted some of its radio advertising away from 2GB after the station’s well-known conservative shockjock Ray Hadley and another presenter standing in for his colleague Alan Jones criticised the project on air, directly before reading paid advertising for NBN Co which factually explained details of the rollout.

The ads had been read by 24 different presenters over six different major AM radio stations in metropolitan cities around the nation last week from Monday to Friday, as well as several slots on FM radio. Without taking an overt political view on the rollout, they aim to inform Australians about the rollout, following the three-year deployment plan revealed by NBN Co and the Federal Government last week. The script for the ads, according to NBN Co, reads as follows:

“The National Broadband Network has begun rolling out to homes and businesses throughout Australia. It’s upgrading national infrastructure and when complete, will enable access to every household and business, from the cities to the bush. NBN Co is the company building the NBN. At the height of the rollout, NBN Co expects to provide work for more than 15 thousand Australians. NBN Co is also a wholesaler. This means you’ll never buy a service from NBN Co. When available, you’ll sign up for your telephone and internet services through existing providers. NBN Co expects this to generate some healthy competition which is always good for consumers.”

However, in his readings of the ads, Ray Hadley (pictured, right) added his own criticism into the script. It appears this criticism was first reported by the Sydney Morning Herald. 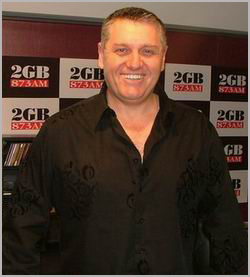 “As you would know, I’ve been a vocal critic of the NBN and the cost to the Australian taxpayer. NBN Co has asked me to read a commercial, not about how wonderful it is, which I wouldn’t do, but rather some confusion about how it’s going to work,” he said last week on the 26th of March, before broadly following NBN Co’s script.

And in another reading: “Like it or not, the NBN’s going to be part of our lives down the track, and my main concern with the NBN is the cost to the Australian taxpayer. I’ve argued with the Minister about it uphill and down-dale. But they want some information in the marketplace, which I’m happy to provide, and they’re paying for me to provide it.”

An NBN Co spokesperson said this afternoon that our of the 24 presenters, Hadley and Moore were the only ones that presented any difficulties. “We removed the ads from those slots because 2GB could not guarantee that they would be read without being subject to editorialising or misinformation,” they said. “As recompense, 2GB has given us make goods, with live reads and pre-records in other slots.” This week, NBN Co began further radio advertising on FM stations, with pre-recorded ads in metro stations and also regional readings planned.

2GB owner the Macquarie Radio Network told the SMH that NBN Co had been warned the announcers might editorialise, as they did not have to stick literally to a script.

2GB commentators such as Jones and Hadley have long been some of the fiercest critics of the NBN project over the past several years, with Shadow Communications Minister Malcolm Turnbull appearing regularly on slots on the station to comment on the project and the presenters often strongly agreeing with his criticism.

Amongst Australia’s media, News Ltd publications such as The Australian and the Daily Telegraph have also taken strong editorial lines against the NBN over the past several years. However, this hasn’t always been to their benefit. In late December the Australian Press Council expressed concern about the Daily Telegraph’s coverage of the NBN, backing a local critic’s complaint that three articles in a short period of time had contained “inaccurate or misleading assertions” about the NBN.

In addition, several weeks ago The Australian published a correction regarding an inaccurate article which had falsely stated that a school in South Australia would be forced to pay $200,000 to connect to the NBN infrastructure.

opinion/analysis
How hard would it have been for 2GB’s commentators to simply read out NBN Co’s factual script on air, without adding any opinionated political comment of their own? Not hard at all. Media outlets such as Delimiter and others often run sponsored articles containing information by an advertiser. As long as they are clearly marked as an advertisement, there’s no problem with this kind of behaviour, and nobody would assume those articles are part of our normal editorial processes or represent our own views.

NBN Co wasn’t asking Hadley, Jones or Moore to compromise their integrity. All it was asking the announcers to do was their jobs — read out a factual announcement on air as they would for any other company. Yet 2GB’s announcers just couldn’t resist the opportunity to use their platforms to sabotage the activities of a company which they irrationally hate and, frankly, fundamentally don’t understand.

Let me make this clear: NBN Co can not even pay 2GB’s conservative shockjocks to tell the truth on air — these commentators will go to any length to avoid it. As media professionals, 2GB’s announcers are completely out of line and should be cautioned by their station management and by the Australian Communications and Media Authority if possible. Not only have they damaged their own credibility in this case; they’ve also damaged their own organisation’s commercial interests.

I guess that NBN Co probably should have expected this, and commercial radio is no stranger to unethical broadcasts (Kyle and Jackie O’s ongoing sagas being a good example). However, that doesn’t mean Australia’s population should put up with this kind of ludicrous behaviour.