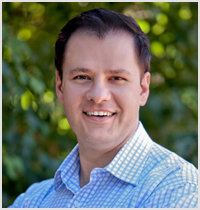 news Federal Labor backbencher Ed Husic has revealed that he is planning to write to Communications Minister Stephen Conroy requesting that an inquiry be held into the practice of technology vendors unfairly hiking prices for the Australian market.

Determined that there should be an inquiry, since he said that IT vendors have been so dismissive of consumers, businesses and government, Husic stated in Federal Parliament last week: “I’d like to inform the House that I am now writing to the Minister for Broadband, Communications and the Digital Economy, requesting that a parliamentary inquiry be held into IT price discrimination.”

As to why this inquiry was necessary, Husic said the obvious reason was: Fairness. It was not fair to price the product up to 80 per cent more in one country than in another without a good reason, even conceding recovery of costs, he said. It was also unfair for companies to price their products to benefit their home country, simply because there were vested interests, and it was not fair that Australian businesses would have to pay more than their rivals for the same hardware while competing in the global market, thus putting themselves at a competitive disadvantage.

Husic has warned technology vendors hiking prices for the Australian market that criticism and examination of their pricing strategies would continue untill Australians were satisfied they were not being discriminated against.

Husic has been attempting, since the beginning of 2011, to get answers from technology giants about why they felt it was appropriate to price products significantly higher in Australia (even after taking into consideration factors such as exchange rates and shipping), than in the United States. The MP had raised the issue with the vendors themselves, in the House of Representatives several times, and directly with senior figures such as David Bradbury, Parliamentary Secretary to the Treasurer, but few answers have so far been forthcoming.

Late October 2011, Treasurer and Deputy Prime Minister Wayne Swan had indicated that the report from the Productivity Commission due in November would detail the extent to which price hikes on imported technology goods and services were hurting Australian consumers.

While Adobe and Microsoft stated that pricing was set by the local distribution channel, some international suppliers used the argument that consumers in some regions could tolerate higher prices than others, and still others defended the price hike by attributing it to the cost of supplying to ‘a remote and relatively small market like Australia.’ Many in the industry, however, believe that these arguments could not hold, as music, software and videos had a much smaller delivery cost in the online environment compared with legacy distribution through physical retailers.

In his parliamentary speech last week Husic brought up the topic of pricing with respect to specific vendors, mentioning that Adobe, Apple, Canon, Lenovo, Microsoft, the big players, had failed to substantially address the Australians’ concerns over pricing. He said: “The general approach of the vendors on this issue is that if they close their eyes, perhaps the complaints will simply dissolve away.”

A tweet Husic got from web developer Daniel Myles last week said: “Photoshop CS5 Extended digital download is currently US$999 for US. Exact same download costs AU$1671 when buying from Australia.” Husic remarked: “In this day and age, where the internet has opened the eyes of consumers to what’s on offer worldwide, IT vendors should be much more upfront about the way they set their prices.”

Husic also appeared on Sky News this week to discuss the issue. The clip can be found on YouTube here. In addition, it is embedded in this article below: