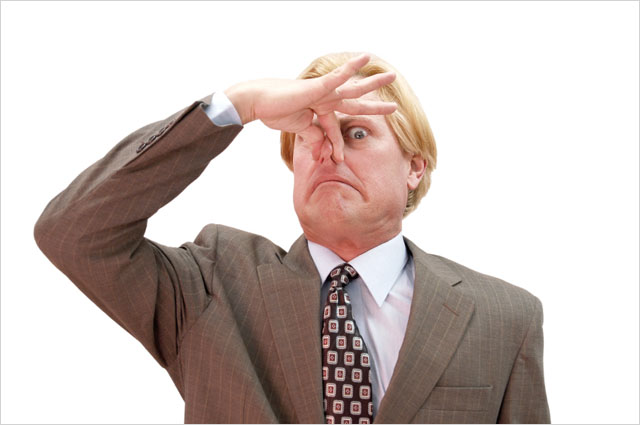 opinion Telstra’s National Broadband Network plans released today are the broadband equivalent of Kryptonite. With less choice, less download quotas, less value than any other provider on the market, but for a higher price and with some ludicrous technical decisions thrown in, Telstra’s NBN options do more than stink — they glow with a sickly radioactive foulness and should be avoided at all costs.

So why do Telstra’s NBN plans stink? As a famous romantic once said, let us count the ways. Firstly, let’s look at the issue which most customers will be interested in: Cost. We’ll examine this issue from the perspective of entry-level, mid-range and top-level users.

An entry level broadband user on the NBN will be looking for a broadband plan which offers between 5GB and 20GB of monthly download quota and at an entry level speed, plus a bundled telephone line. If you’re this kind of user, from iiNet you can pick up a 12Mbps plan with 40GB of download quota for $49.95 a month. Bundle in an Internet telephony line for $9.95 a month (which includes all your local and national calls), and you’re looking at $59.90 a month. Optus offers similar pricing — a 120GB plan with home phone and some included calls for $64.94 a month. And you can go even cheaper with cut-rate provider Exetel — $35 a month for a 50GB plan, 12Mbps with a bundled phone line.

What’s Telstra’s entry level plan? $80 a month, for a 5GB, 25Mbps plan with a bundled phone line and unlimited local calls. Yup, that’s right — $20 a month more, for a plan with a tiny amount of quota. Now, to be fair, the company does offer a $90 monthly plan with 200GB of quota and the same bundled telephone line, which is a lot more decent. But it remains a fact that entry level broadband users don’t want to spend $90 a month on telecommunications. In fact, they don’t want to spend $80. And why should they, when they can spend $35 a month (plus phone calls) from Exetel?

At the high-end, the situation is similar. If you want more than 200GB of monthly quota, with Telstra you’ll be paying a minimum of $121.90 per month, either through the stand-alone fixed broadband plans with a bundled full service telephone line, or $130 or $150 a month for bundled plans with 500GB of quota. All of these plans come with speeds of 100Mbps. In comparison, iiNet offers a terabyte, 100Mbps plan plus a telephone line for $109.90 a month, and Optus’ 500GB, 100Mbps plan with similar calling value undercuts Telstra’s top plan by $21 a month. Exetel’s top-end plan is a 300GB/100Mbps offering for just $70.

It’s only when you come to Telstra’s mid-level plans that customers get a glimmering of competitiveness. With iiNet you can get a 200GB, 100Mbps monthly plan with a bundled line for $89.90 per month, and a similar A similar plan through Telstra will cost you $100 (you get calls to mobiles included, instead of STD). So the two are comparable at that level, and things aren’t too different when you look at Optus. Exetel, of course, is always going to be cheaper.

Morale of this story? At the low-end and the high-end, you’ll be paying more each month if you sign up for the NBN for Telstra — usually $20 or more per month. And you’ll usually be getting a plan with smaller included quota than you could get for a cheaper price elsewhere.

Now we turn to non-pricing aspects of Telstra’s plans. It’s here that some of the ridiculous technical loopholes which Telstra is going to force its early NBN customers through become apparent.

Firstly, and most importantly, it’s important to note something up front which will affect all of Telstra’s initial customers on the NBN — the need to bundle copper telephone lines with your fibre connection. And yes, that is absolutely right — I did say copper.

By definition, all telephone services over the National Broadband Network will be next-generation Internet telephony services. Instead of your voice being transmitted in an analogue fashion down copper wires, the audio will be converted into a digital signal and sent over the Internet. However, for its early NBN customers, Telstra has chosen not to provide voice services over the NBN. Instead, as the Sydney Morning Herald chronicles in a puzzled-sounding article on the topic, all Telstra voice services over the NBN will initially require a bundled copper telephone line.

Read that sentence again and take it in: All Telstra voice services over the NBN will initially require a bundled copper telephone line.

Telstra executive director of customer service, Peter Jamieson, told the SMH: “Copper services will still be available in NBN areas for some time to come. Telstra will activate voice services on NBN once copper is decommissioned.”

Frankly, this is one of the most stunningly ludicrous technical decisions which I have ever been witness to in the past decade in which I have been writing about technology. Whoever made this decision at Telstra needs to be taken out into the back paddock and shot. Copper telephony services, when there’s a fibre connection to people’s houses? What a nightmarish joke. Only someone from Telstra could have come up with that one. It would be hilarious, if it wasn’t so tragically ridiculous.

Now, recognising that Internet telephony cost less than traditional PSTN telephone lines, Australian ISPs have long priced such services much more cheaply — for example, iiNet offers a standard $9.95 Internet telephony line, compared to traditional telephone lines, which can range up to $30 or more in line rental. However, because Telstra is still using its copper lines for NBN customers, it won’t be changing its telephone line rental prices to reflect this new pricing. Instead, Telstra line rental in an NBN world will cost the same as it did in a copper network world. And this can be pricey — up to $31.95 for a full service line.

And you will be using Telstra’s copper. Several of the other ISPs to have offered NBN pricing plans so far have also given customers the choice of whether they want a telephone line or not — in what are known as ‘naked’ broadband plans. With Telstra, however, you have no choice. If you sign up to an NBN plan through Telstra, you will be receiving a fixed telephone line and paying for it — whether you want one or not. Under its current plan structure, Telstra will not offer ‘naked’ NBN.

When it comes to entertainment available over the Internet, Telstra has also hobbled its customers. Where companies like iiNet (including its Internode brand) and Optus will offer customers IPTV services over the NBN through their FetchTV service, Telstra today launched a range of plans which offer customers access to the Foxtel IPTV service it part-owns — but only if they have access to both the NBN and live in an area served by the existing Foxtel cable.

That’s right. If you want the full Foxtel experience on the NBN, you have to sign up for a package and get the existing HFC cable connected to your house. That makes three fixed-line connections — fibre, HFC cable and the copper telephony network — from the same provider, Telstra. All of this could be provided through the same NBN fibre cable, if Telstra was technically competent. But it appears that Telstra is not.

Now we should be fair: Telstra will also allow NBN customers to sign up to use its T-Box television set-top box over the NBN, for an additional cost per month. And a subsection of Foxtel is available through the T-Box. This solution does give customers a comparable IPTV experience to customers using FetchTV on other providers — and we’d argue that the T-Box beats FetchTV hands-down. However, not offering the full suite of Foxtel services directly through the NBN is still an oversight by Telstra. It’s services like this that the NBN is fundamentally being built for. And forcing customers to run three separate cables into their house for three separate sets of telecommunications services is simply a bad joke.

There are also other aspects to Telstra’s NBN services which are troubling.

All of the other ISPs to have offered NBN pricing plans so far have given customers the choice of four speed tiers — 12Mbps, 25Mbps, 50Mbps and 100Mbps — at various pricing points, and with different quota packages according to customers’ needs. Telstra has given customers the choice of just two speeds tiers — 25Mbps and 100Mbps, in what appeared to be a foolhardy attempt to harmonise its NBN plans with its ADSL and HFC cable plans.

To my mind, this is simply asinine. The copper, HFC cable and fibre NBN networks are technically different, and offer different speeds and capabilities. Why should Telstra limit the speeds which customers can choose over the NBN, simply because other customers can access other networks? This is the kind of ridiculous artificial technical decisions which uninformed pricing droids make when they get more power than they should at massive corporations like Telstra. Why limit the technical capabilities of a network, for marketing reasons? It makes no sense at all.

Now, you can see why Telstra has made some of these decisions. The NBN is at an early stage, and with only a few thousand people having access to its infrastructure, it makes sense in one view for Telstra to create as little disruption as possible to those customers through continuing to use its own infrastructure as much as possible. However, by doing so, the company is also holding its customers back and making them pay more for services which have already been superceded by rival companies. And that’s never a good approach.

Telstra has also stumbled on another front: Mobile bundling. Sign up for mobile broadband with a company like iiNet (although it doesn’t own its mobile network, instead piggybacking on that of Optus), and you’ll get a discount off your broadband bill. Optus offers similar mobile ‘bundles’ which see mobile phone services packaged with fixed broadband connections.

But not so Telstra. Although the telco operates the nation’s best mobile network (Next G), its site doesn’t make any mention of any ability to bundle mobile and fixed services together on the NBN, although it does allow such bundling on its other networks. You can get them on the same bill — but it doesn’t look like you get any sort of discount for buying the different types of services from the same telco. From my perspective this is just crazy. Why wouldn’t Telstra want to lock its customers in to buying more services from it, through discounting? It’s reverse logic at its worst.

Have I done enough yet to demonstrate that Telstra’s NBN plans stink? I hope so. Over the top pricing, a lack of options compared with other ISPs, and some simply ludicrous technical decisions which show just how far behind its rivals Telstra is when it comes to developing its offerings for the NBN. The telco’s current NBN offerings simply stink; and are best avoided. Of course, the plans released today are simply the earliest iterations of Telstra’s NBN plans, and I’m sure they will be modified over time. They had better be.