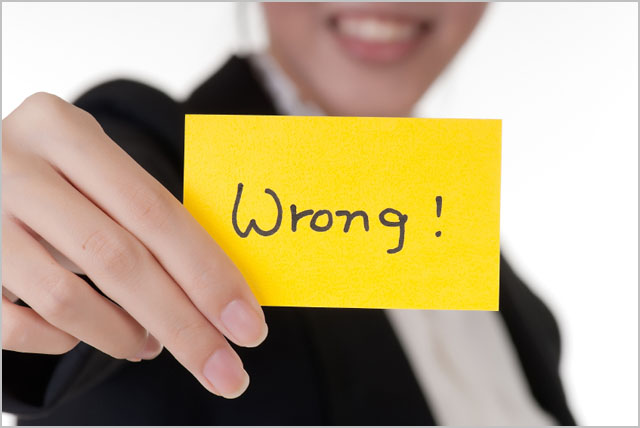 analysis Yesterday Opposition Leader Tony Abbott stated in a high-profile speech at the National Press Club in Canberra that cutting Labor’s National Broadband Network project would free up Federal Government money to be spent in other areas such as transport. It was a nice political soundbite. However, unfortunately, this statement was factually incorrect.

To illustrate why, firstly, let’s go through Abbott’s statement’s yesterday to get it clear what the Liberal leader said. According to the speech notes available on the web site of the Liberal Party, Abbott firstly said the following:

“At the heart of our plan for a stronger economy is getting government spending down and productivity up so that borrowing reduces, the pressure on interest rates comes off, and taxes can responsibly come down … A good government wouldn’t spend $2 billion buying Victorian brown coal power stations only to close them down; or $11 billion buying Telstra’s copper wires only to shut them down too; or $50 billion plus on a National Broadband Network that people don’t need and don’t want to pay more for.”

“By the close of the next coalition government’s first term, I am confident that waste, mismanagement and reckless spending will have been brought under control … Better broadband will once more be delivered through market competition freeing more money to tackle traffic gridlock.”

Breaking Abbott’s comments down a little into real financial terms (because the Federal Budget is a complex beast), at the heart of the Opposition Leader’s comments here is the idea that the cost of the National Broadband Network project is an expense which will appear in the Federal Budget every year, requiring the Government of the day to balance its cost with other yearly expenses like spending on transport. The Coalition believes the NBN is too costly a project for Australia to undertake, and also believes that it should appear as a line item in each year’s budget. That is, the Coalition believes the NBN is actively costing the Government money on an ongoing basis, and should be expensed as such.

However, because the NBN is expected to make a modest return on the Government’s investment, according to its business case available online here, Labor has not entered the vast majority of the project’s actual costs in the Budget as expense items over the past few years. Furthermore, Labor does not see the NBN project as a whole as costly — because it will end up making money like any other investment (for example, interest on cash in a bank). According to NBN Co’s business case, the NBN will cost between $36.5 billion and $44.6 billion to build over the next ten years:

So who’s right? Let’s throw the issue to an independent adjudicator.

According to a research note recently published by the Parliamentary Library of Australia, Labor is technically correct on this matter, and the Coalition is wrong. “Australia has adopted internationally accepted accounting standards, and these are applied in the budget treatment of the NBN,” the library’s Brian Dalzell, who works in its economics division, wrote in the report (available online here in PDF format).

“While the applied accounting treatment depends on the specific transaction conducted between the Government and NBN Co, this treatment is governed by accepted accounting standards and is applied equally to all government business entities (GBEs). This treatment is not determined by the return generated by NBN Co (or any other GBE).”

Dalzell goes on to provide a great amount of detail around how the Federal Budget treats the NBN, breaking up the Government’s investment in the area into a number of different sections and looking at the differences between cash flow, equity, debt and so on. But all of it only serves to reinforce the impression that the Coalition is improperly defining the NBN initiative as an expense. In fact, the economist addresses this misconception directly.

Of course, it is very possible to argue that this is all accounting semantics. Real money is actually being spent by NBN Co right now — billions of dollars — and that money is the Federal Government’s money, courtesy of equity injections into the company. However, that money is not diverting government funds away from other projects. It is funding which is being invested with the expectation of a return which will actually fuel other projects. The money the government is spending on the NBN is not an expense to be written off; it is a different type of money. It is capital — and Governments, courtesy of their incredible credit rating and asset base, have almost unlimited amounts of capital to draw on for investments which will make a return.

In addition, is also true that it is far too early to be able to show whether the Government will end up making any kind of significant loss on its investment in NBN Co, and what that loss might be. We are not far enough yet down the road of NBN Co’s business case.

Currently, early indications are that NBN Co is broadly on track with its project of rolling out a national fibre broadband network (and smaller satellite and wireless networks) around Australia. Furthermore, the company’s multi-billion-dollar deals with Telstra and Optus provide a great deal of revenue assurance for the company — it will have millions of guaranteed end user customers migrating onto its network over the next few years.

With this in mind, it is likely that even if NBN Co does make a loss over the next decade period and beyond, that loss will not represent anywhere near the full cost of building the network — just that cost minus NBN Co’s revenue, much of which is already virtually locked in.

In short, even if NBN Co does make a loss and end up costing the Government money in the long term, that loss would not be $50 billion. Would it be $10 billion? My gut says it’s unlikely, given the guaranteed customers it will receive from Telstra and Optus, the current growth in bandwidth demands and the fact that virtually the entire Australian telecommunications industry has swung in behind the project. But we just don’t yet know.

Yet another unquantified figure is how much the Government might make from its investment in the NBN if the capital it invested in NBN Co was realised (changing from an investment return on paper to money in the bank) through a full or partial sale of the company to the private sector, through a stock market float or other type of asset sale. In this case, the Government could stand to make quite a lot of investment return on top of its asset, as investors might be quite positive about a company like NBN Co, which would, at that point, somewhere between 2025 and 2040, be able to solidly predict what its revenues would be in future, in a growing broadband market.

There is also the Coalition’s own policy, which features a scaled down approach to the NBN, focusing on the likely separation of Telstra, upgrading current HFC cable infrastructure and targeted fibre to the node rollouts. Abbott didn’t mentioned the cost of the policy yesterday, but a recent analysis by Citigroup found that the Coalition’s policy would cost $16.7 billion. The Citigroup report didn’t mention what financial return, if any, the Coalition’s proposal was slated to bring in on its own investment.

Looking at these facts, it seems clear that Abbott’s statements yesterday at the National Press Club about the ability to save money by cutting the NBN were factually incorrect.

Firstly, if the NBN policy delivers on its current plan, it will make between $1.93 billion and $3.92 billion in money for the Government, and won’t cost anything. Ironically, cancelling such a project would cost the Government money. If the NBN policy hits its worst case scenario, it will probably still come close to breaking even, and so still won’t cost the Government anything. It remains unclear at this point whether the Coalition’s rival policy would make a return or not.

With all of this in mind, we urge Tony Abbott and the Coalition to reconsider the way they are discussing the NBN issue. A more targeted criticism of the NBN policy would serve the Opposition better than Abbott’s incorrect statements yesterday.