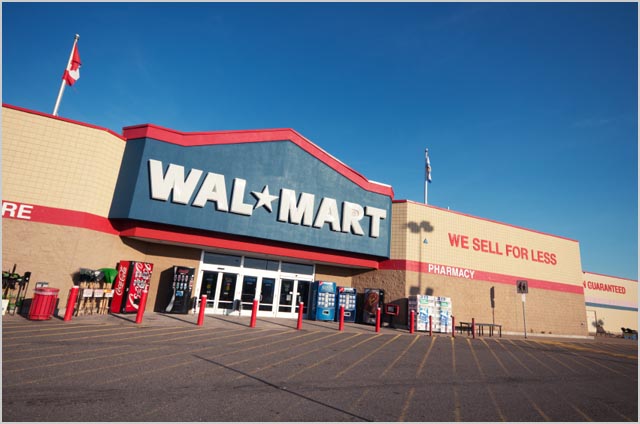 news Retail giant Walmart has acquired fledgling Aussie tech startup Grabble for an undisclosed figure, with the deal being announced this week on the company’s site by founders Stuart Argue and Anthony Marcar.

Grabble’s technology and talent (focused on digital receipts on smartphones) will be absorbed into Walmart Labs, the digital technology division of Walmart. Argue and Marcar also announced their future relocation to Silicon Valley in California, the established base of the Walmart Labs team.

Stuart and Argue especially appreciated the encouragement from Startmate, the Australian mentor-driven seed financing group which provided Grabble with continuous guidance and contacts. The founders also expressed their thanks to US tech accelerator 500 Startups, “for our American home and great times”.

Grabble was founded in January 2010 to provide retailers a point-of-service app for purchases. The company stated that Grabble started in a garage in Wollongong, with a vision to make shopping smarter. “We’re excited about seeing our passion play out on a larger stage and especially look forward to working with the team at Walmart,” the founders said.

Created in Sydney in August 2010 by Homethinking founder Niki Scevak, Startmate makes small investments of $25,000 in approved local startups in return for a 7.5% equity stake. The selected companies are helped to win their first customers and move through the first stages of customer discovery. Along with getting legal counsel and a fortnight’s trip to Silicon Valley, the startups make presentations to early stage investors during one demonstration day each in Sydney and Silicon Valley.

Expressing his surprise at the readiness of US investors to put money into Aussie startups, Scevak said, “They were very interested in what was happening in Australia and there is already a great Australian startup community in Silicon Valley, so we will be looking to build up the US component.”

Scevak explained that Startmate’s success was linked to mentors’ involvement with start-ups after the program, and program participants returning as mentors themselves, as Grabble has done. Indeed, Argue and Marcar are among additional mentors joining Startmate in readiness for the second round of funding. This will expand the program to seven start-up businesses from the original five chosen by Startmate in January 2011. This second round will run from January to April 2012.

opinion/analysis
There are a few things that puzzle me about this acquisition, once you get past the whole ‘Australian startup dudes doing well overseas’ kind of thing, which is obviously great — and congratulations to the Grabble guys :)

Firstly, why would Walmart buy a startup that’s only a year or so old? What intellectual property could the Grabble guys possibly have built up in that time which would interest a massive corporation like Walmart, or that Walmart couldn’t reverse engineer in a similar period, or even less, given its resources?

One possible answer comes from ZDNet.com.au’s Mahesh Sharma, who notes that Grabble investor 500 Startups is located in the same building as an incubator operated by Walmart. Could this be a case of close proximity fuelling a talent buy? Sounds a bit like it. I wouldn’t expert Grabble’s technology to be fully integrated into Walmart’s massive global empire any time soon and nor would I expect it to be impossible to duplicate, but if the company saw a small bauble with some engineering smarts it wanted close by, it may have been only a small outlay to snap it up.

This brings me to my second question. Just how much was Grabble acquired for, and if Walmart was interested in the startup so early, would it perhaps have made sense to hang on for a little while longer and develop the company’s technology further? If a massive company like Walmart was interested so strongly in Grabble so early on, then the company obviously must have had something going for it. But I find it had to believe that Walmart would have paid much for a year-old startup. It’s not clear — due to the paucity of information online — precisely how Grabble’s technology worked, but it doesn’t appear the company had much in the way of revenues yet.

Say Grabble was bought for something in the high hundreds of thousands, or the low millions. Realistically, that’s how much the company would spend on key employees anyway. Could this have been a way for the company to quickly snap up some great talent, getting a decent little bite of technology that may be useful in future on the side as well? Perhaps.

Either way, the net effect is clear. Grabble developed some innovative technology, had a quick dabble in the venture capital market and then exited quickly. While it may have made Argue and Marcar personally fairly well off from their efforts, now they’re (probably once again) working for the man. A major US corporation, which is already dominant in its market. Using innovative technology and engineering talent to consolidate that grasp.

I’ve been slammed repeatedly over the past few years for my views on Australian startups — that some are overhyped, that some sell out too early, that some are in danger of losing their Australian identity. At times I have perhaps been too harsh. But when you constantly see small startups in quick exits, being bought by large companies, it’s hard to escape what comes to mind: A quote from that ultimate entrepreneur, Apple co-founder Steve Jobs.

“Why join the navy if you can be a pirate?”