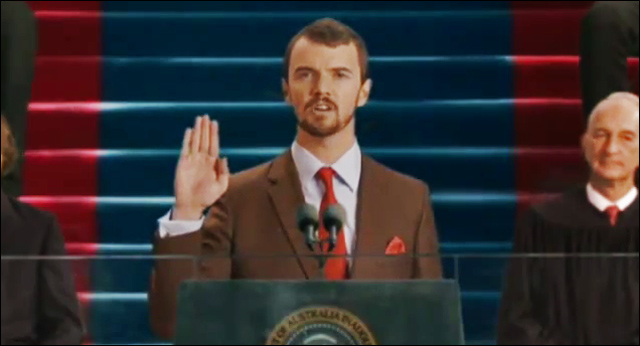 news The ISP at the heart of a High Court case focusing on Internet piracy has indicated it is “supportive” of a Federal Government proposal which would “streamline” the process whereby anti-piracy organisations such as Movie Rights Group and AFACT could request information about ISPs’ customers who had allegedly downloaded copyrighted material online.

The proposal was published (although subsequently redacted) in a consultation paper issued by the Department of the Attorney-General last week. In it, the department acknowledged Federal Court rules currently contained a general discovery procedure which could enable a copyright holder to obtain the details of a potential infringer from an ISP.

This is the process which a new company, Movie Rights Group, has proposed in its current action to seek the details of some 9,000 Australians it alleges have illegally downloaded the film Kill the Irishman. Movie Rights Group is also planning to target those who have downloaded other films. After obtaining the users’ details, Movie Rights Group plans to send the individuals letters inviting them to settle the case ahead of legal action.

However, the Government’s paper last week stated, this process had been criticised as “cumbersome and expensive in the case of multiple online infringers”. “There may be advantages in considering whether it is desirable to adopt a more streamlined procedure for copyright owners to identify ISP subscribers who engage in online copyright infringement,” it added.

iiNet regulatory chief Steve Dalby said while the paper didn’t contain the full details on the proposal, the principles laid out “pretty much align with what iiNet has been saying for years”, as well as in its Federal Court defence against a number of film and TV studios represented by the Australian Federation Against Copyright Theft, and aspects of the initial Federal Court judgement in the case.

Such a proposal, Dalby said, would include a number of key ideas, such as the fact that any requirement on ISPs to disclose private details should involve judicial oversight by a court satisfied by the accuracy of the information used to identify individuals; the idea that the regulatory burden on ISPs should be kept to a minimum, and the idea that rights-holders should pay ISPs a processing fee and indemnify them during the process.

“In summary, we are supportive of the proposal put by the Attorney General. We will be discussing further amongst the broader ISP community, but I would suggest there will be more fine-tuning than opposition,” said Dalby.

The “streamlined” process as outlined by the Government last week also appears to mirror a proposal (Word doc) which a number of ISPs had put to the then-Rudd Labor Government on the issue in April 2008. At the time, ISPs including iiNet, Internode, Telstra, Optus, Westnet, Unwired, Verizon Business and also search giant Google had argued that a “streamlined” process that would take them out of the equation would be more appropriate than the system being proposed by the content industry at the time, which involved a “notice and disconnection” regime.

“Service providers propose a streamlined preliminary discovery process … to make it easier for rights-holders to identify and therefore take action against alleged infringers,” the ISPs wrote in their joint submission. They subsequently agreed that if rights-holders approached ISPs with the correct and agreed-upon “template” legal approach, the ISPs “would agree not to contest any order for discovery made against them”.

Further, the ISPs argued it may even be possible for the process to be streamlined further — “by the filing of pre-agreed consent orders … at the same time as the application is made” — avoiding the need for a hearing before a court.

However, not everyone is happy with such a system being proposed. Last week, digital rights lobby groups Electronic Frontiers Australia and the Pirate Party Australia severely criticised the Government’s proposal.

“File sharing is a legitimate form of cultural participation, and the move to criminalise and repress it by governments all over the world whilst sacrificing privacy and turning carriage service providers into de facto copyright cops is simply a ploy by the copyright monopoly to sacrifice our privacy in pursuit of financial gain,” said Pirate Party Australia president Rodney Serkowski. “What they are looking for is a streamlined system for the invasion of privacy.”

EFA board member Kimberley Heitman said there were “no consumer issues” being discussed through the consultation paper — “only law reform for business interests”. “For example, why is there no attempt to deal with the causes of unauthorised downloading, which include restrictive trade practices and industry indifference to minority markets? Why is there no acknowledgement that in a broadband environment, IP addresses are shared?”, he asked.

“There is much more to public consultation than telling the public that the Government has signed a secretive trade agreement or has done a deal with private industry. Department of Communications: Learn how to communicate!”

Image credit: Screenshot of new iiNet advertisements, believed to be covered under fair use