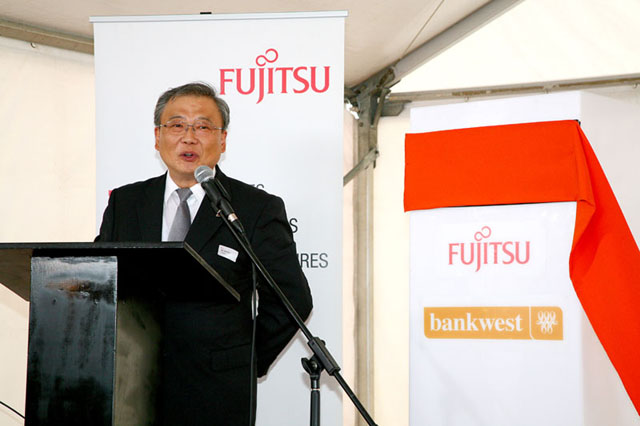 The National Broadband Network Company has inked a $25 million deal with Fujitsu which will see the Japanese technology giant take over support for the fledgling fibre startup’s desktop PCs and laptops for the next three years.

It’s not clear precisely how NBN Co was supporting its growing staff base previously, and a spokesperson wasn’t immediately available to confirm the details, but it is believed that Queensland-based company Data#3 was providing at least some services to NBN Co, under its initial contract in November 2009 to build out NBN Co’s internal office IT infrastructure.

Much of NBN Co’s desktop infrastructure will be based on Citrix desktop virtualisation technology, with the company revealing last month that it had signed up to use the company’s XenDesktop solution, including the FlexCast technology included therein, which will allow the company to deploy desktop software under a range of different delivery models.

Today, Fujitsu said in a statement that the deal, with “a potential value of $25 million”, would see it provide managed desktop services to NBN Co as the organisation rolled out offices around the nation, operating in a “cost-effective and controlled manner”.

Steve Christian, NBN Co Head of Operations said: “NBN Co is pleased to add Fujitsu to the range of leading companies it is working with to provide the latest services to support its operations.

The news comes as NBN Co has over the past six months inked a number of substantial contracts which will aid it in rolling out its network around the nation over the next decade. On 1 June, the company signed a $380 million deal with Silcar to roll out the fibre component of its network in NSW, Queensland and the ACT, while on the same day signing a $1.1 billion contract with Swedish networking vendor Ericsson for the wireless aspect of its network.

Fujitsu already has a contract with NBN Co to roll out fibre in new estates, and a range of other suppliers — from Cisco to Oracle, to IBM and Citrix — have also benefited from the funding which the Government is doling out as part of the NBN. NBN Co is also expected over the next several weeks to finalise its multi-billion dollar contract with Telstra for access to the telco’s infrastructure and to migrate Telstra’s customers onto the NBN.

“After just two years, NBN Co has established a number of key supplier relationships and put in place most of the major components for the rollout and future operation of the business,” said Christian today.