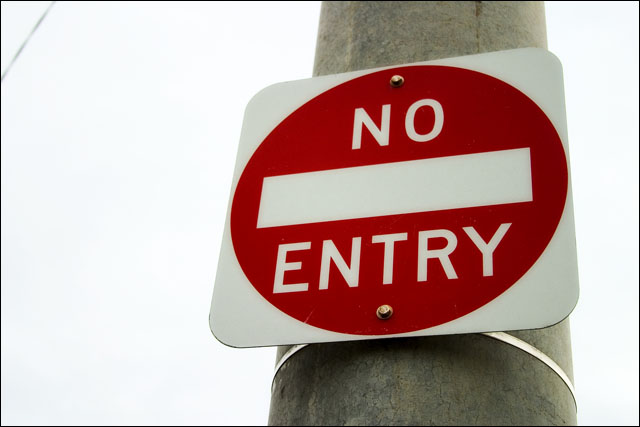 opinion I couldn’t help but laugh out loud at the irony of it all this afternoon when I read Gary Gray’s pompous pronouncement that from now on, Federal Government agencies must consider the adoption of open source software in any technology purchase that they make.

Does anyone, I thought to myself, take this kind of thing seriously?

On the face of it, the policy sounds sensible enough, representing what many have long considered to be a rational idea; that is, if a government department or agency needs to procure software, it should look around to see whether there are free and flexible alternatives available first, before it jumps into bed with a proprietary software vendor like Microsoft or Oracle — with all the cost and, often, technical rigidity that implies.

The faster moving private sector has recognised this principle for decades now. Long before vendors like Red Hat came along to provide supported versions of Linux, system administrators around the world were covertly running their print and file servers on early versions of Slackware and Debian — and in many cases, their managers didn’t even know.

Perhaps the only reason that Governments have remained so focused on proprietary software for so long is the furphy that open source software is unsupported. When you’re accountable to the Minister, after all, you had better have someone to blame when things go down the toilet — and nobody ever got fired for buying IBM, as the saying goes. Or, in 2010, should that be Microsoft?

Yes, it’s a solid principle. But the reality is that by publishing such a policy in the very week in which it has maintained an incredibly closed door towards open source software, Gray and the Australian Government Information Management Office he oversees have demonstrated a mammoth hypocrisy towards the subject.

Just one week ago, after all, the very same AGIMO published a comprehensive document which appeared likely to lock open source software out of many of the very same purchasing decisions it discussed in its new policy today. On the face of it, AGIMO’s Common Operating Environment policy does not restrict departments and agencies from using popular open source software platforms such as Firefox, Thunderbird or OpenOffice.org. Indeed, AGIMO explicitly stated that the policy was vendor-neutral.

However, if you dig into the details, it’s clear that the policy has been completely framed around Microsoft’s software family, and in a way that will prove difficult for open source technologies to break into. On paper, for example, is it possible for open source web browsers like Firefox to be “centrally managed and configured”, to have “endorsed security settings” and to comply with “application management” techniques?

Of course it is. But there is no doubt that these requirements have always been primarily features of Internet Explorer, and to implement them in Firefox will require a bit more work and creative thinking than many IT departments are used to.

The same can be said of AGIMO’s support for Microsoft’s Office Open XML document standard. Could you — theoretically — make such the format work in OpenOffice.org? Probably, with a bit of work and engagement with the open source community. But will anyone in the Federal Government do this? Of course they won’t. They’ll just maintain their Microsoft licences.

You can see this pattern repeated throughout the whole Federal Government’s approach to buying software. Open source does not fit the framework which proprietary vendors have painstakingly installed in the minds of organisations like AGIMO over the decades. It’s taken time, but Microsoft has already won that war.

And how it has won.

Research published by the agency showed that more than 99.5 percent of Government PCs were running Windows, with more than 86 percent using Microsoft Office. And late last year, the Firefox figures were revealed, with AGIMO stating the open source browser was used by just over three percent of Federal Government desktops.

AGIMO’s survey of agencies last year showed that those percentages were actually slated to increase — with no agencies planning to upgrade to any software in the future, other than that provided by Microsoft. Windows 7, Office 2007 and Office 2010 were the sole platforms mentioned. Nothing else got a look in.

In a world in which software diversity is increasing every day, in which Firefox is considered mainstream, in which many prefer Mac OS X as their desktop of choice and in which almost every single feature of Microsoft Office which anyone uses in their daily life has been replicated perfectly by OpenOffice.org, the Federal Government is strengthening its relationship with Microsoft, not weakening it.

In this context, it’s hard to see AGIMO’s open source policy released today as anything other than a bad joke. If Australia’s Government won’t even consider using such basic and functional pieces of software as Firefox, it’s hard to see where any of the other amazing software options — SugarCRM, Pidgin, OpenOffice.org, VLC, Thunderbird, Audacity, Joomla!, WordPress, MySQL and Apache to name a few — would get a look in.

Then too, we’ve been here before.

In April 2005, then-Special Minister of State Eric Abetz released an official guide to open source software for Government agencies. Abetz, for those with short memories, was a Minister under John Howard. Computerworld wrote at the time that the guide:

“reveals new guidelines that state if an equal or superior open source product adequately fits the government’s needs, it will be expected to be objectively considered by public servants alongside proprietary offerings.”

The guide also went further — warning agencies preparing tenders that they need to take care to “avoid introducing unintentional barriers that may discourage or inhibit open source vendors and resellers from submitting responses”.

In fact, it sounds extremely familiar. This is almost the same — word for word — as the open source policy produced by AGIMO this week. It’s more than a case of “back to the future”; AGIMO’s open source policy published this week might as well have been a photocopy of the policy produced under Howard, updated with a slight sting in the tail for naughty agencies that didn’t pay attention. And we saw how far the previous policy got. Far from stimulating the use of open source software in Government, it actually retarded it.

The open source policy announced by the Federal Government this week will be lauded by many as a phenomenal step forward for open source software in Australia. But don’t believe the hype. Before it can talk the talk, our Federal Government and AGIMO itself will need to walk the walk on open source. So far the pair’s track record is nothing short of abysmal.