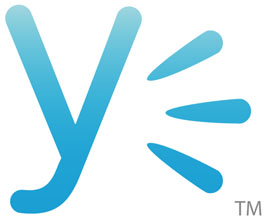 blog Our favourite local e-government specialist Craig Thomler has a fascinating post over on his blog about a Federal Government department which has recently blocked 700-odd staff from using social networking site Yammer. Quoth Thomler:

In the federal department mentioned above (with 700 or more users, including senior managers), the growth of the service was extremely rapid. Presumably this is because it provided functionality that staff could productively use in their jobs.

However, after a short consideration, the service was banned and blocked from the department. I’ve heard several versions of why this occurred, with the most common view being that introduction had not followed the correct process and usage was growing too fast to be manageable … I am aware of several other agencies who have been threatened with or had to shut down trials of services such as Yammer due to ICT security concerns.

Now we can see why using Yammer might be a security problem in a number of sensitive government agencies and departments — the Australian Taxation Office, for example, or the Department of Defence, or maybe Foreign Affairs and Trade.

However, there are countless departments and agencies where using the site should be a no-brainer — there isn’t that much of a security risk, considering Yammer’s stellar security policies and track record — and we know from Yammer’s use at Australian organisations like Suncorp that it aids greatly in internal communication.

For those of you not familiar with the site, think of it as Twitter, but behind the firewall. Only those with the right email address can join the Yammer network of any given organisation, sort of like Facebook before it got all big and open (well, as open as Facebook ever gets).

So this one is probably just another example of the corporate control machine exerting itself to stop innovation, or maybe a departmental secretary who saw a rogue Yammer message and went haywire. Our only question is — does anyone know which department this is? Thomler didn’t say.