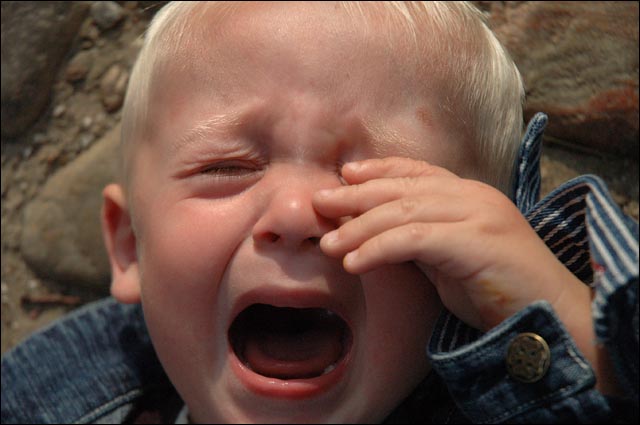 opinion Stephen Conroy must immediately stop his vicious public attacks on Google and apologise for his clear lack of understanding of the technical details of the recent potential privacy breach in the collection of Wi-Fi data by the search giant’s Street View cars.

That’s the conclusion that I drew this morning after reading the transcript of our noble Communications Minister’s statements on the matter in the Senate Estimates Committee yesterday. In the committee, Conroy made a number of statements that have no obvious basis in fact.

For example, he stated that it was possible that Google’s collection of Wi-Fi data constituted “the largest privacy breach in history across Western democracies”.

I hardly think so.

Mr Conroy, as the internet has widely chronicled, privacy breaches are incredibly rampant in our information-rich society. It’s not hard to find examples in the past few years where massive government databases have been left on unencrypted USB keys, and jobseeker databases have been hacked into and information on hundreds of thousands of people stolen.

There was even a case where over 250,000 people who had requested a free sample of a personal lubricant had their details exposed on the public internet.

Need I point out that the Australian Taxation Office itself has admitted to losing data about taxpayers? And government auditors (the most recent example being Western Australia) regularly find appalling security and privacy practices within the public sector.

In this context, Google’s admission that it had accidentally automatically been picking up some Wi-Fi data across unencrypted networks must surely rank as quite minor – especially since it doesn’t appear as if Google knows precisely what it picked up, and is currently attempting to delete the data in the safest way possible.

As Google itself has stated (and as is apparent if you have any basic knowledge of the laws of physics), the data collected was not even that significant. The fact that its Street View cars are constantly in motion means that they would typically only have captured “fragments” of payload data from Wi-Fi networks.

Conroy’s claim of a massive privacy breach just doesn’t stack up when there is no obvious injured party yet from Google capturing what could just be useless fragments of information.

Then there was Conroy’s statement that Google deliberately collected the Wi-Fi data, which he repeated several times under questioning from Liberal Senator Mary-Jo Fisher.

Well, no. As Google has stated: “Quite simply it was a mistake.”

An engineer wrote a piece of code that was mistakenly included alongside other code used in Google’s Street View cars.

I fail to understand what basis Conroy has for not believing Google’s incredibly open and honest statement here – in public – apologizing for its mistakes. There is simply no evidence that Google was deliberately planning to collect payload data through its Street View cars.

Until someone finds a smoking gun – such as an email from Google CEO Eric Schmidt commanding Google to spy on people’s Wi-Fi networks – we must presume Google innocent until proven guilty, and take the company at its word. To do anything else is a travesty of justice.

“Google takes the view that they can do anything they want … People should not mistake the approach being taken by Google on a range of issues around the world,” he said, going on to extensively quoting the search giant’s CEO Eric Schmidt in an apparent effort to concoct some massive conspiracy on behalf of the search giant.

From Google Buzz, to Street View, to Wi-Fi SSID collection, to the internet filter … Conroy seems to believe that Google is evil, and he’s actively investigating the company’s operations internationally, using public statements by its CEO Schmidt to build castles in the air about it.

The incredibly absurd nature of his testimony in the Senate Estimates Committee yesterday (I encourage you to read the transcript) is evident by the reactions throughout from Scott Ludlam, in which the Greens Senator’s incredulity in the face of Conroy’s nonsense statements is written as plain as day.

“This is starting to sound really personal. Go ahead,” said Ludlam, and later: “Are you going to quote them on your filter, because I presume that is what this is all about?”

Later, after a lengthy diatribe on the fact that Google states on its website that users can trust it when it comes to privacy, Ludlam sarcastically remarked: “Terrible!”

The other disturbing thing about this situation is that it displays to great effect the amazing immaturity with which Conroy wields his ministerial powers.

If I was Communications Minister and I had a problem with a company whose operations fell in my portfolio, I would contact that company’s Australian managing director — or even its global CEO — and request a private chat to work through some of the difficulties.

Doing so emphasises your power as a minister and allows you to build close relationships with other powerful people that will be useful in a thousand different ways.

Instead, Conroy has chosen to make his complaint about Google public, drawing on his overt powers of parliamentary privilege rather than using his influence to manipulate the situation.

Putting pressure on Google in the senate, to be honest, is likely to make the search giant dig in harder and defend its position. If Conroy really wanted to achieve substantive change in the way Google operates, he would likely achieve much greater traction by dealing with his issues behind closed doors.

The “crybaby” approach he is currently pursuing is unlikely to deliver any substantial outcomes — apart from convincing the rest of the industry that he is a dangerous and unstable commodity. And it reinforces the impression that his current Google complaints stem from the search giant’s opposition to his pet internet filter project.

In the content of what he appears to believe is a massive conspiracy from Google to steal his data, I am only left with one question for Stephen Conroy this morning.

Does this mean, Mr Conroy, that on your own PC you use Microsoft Bing?