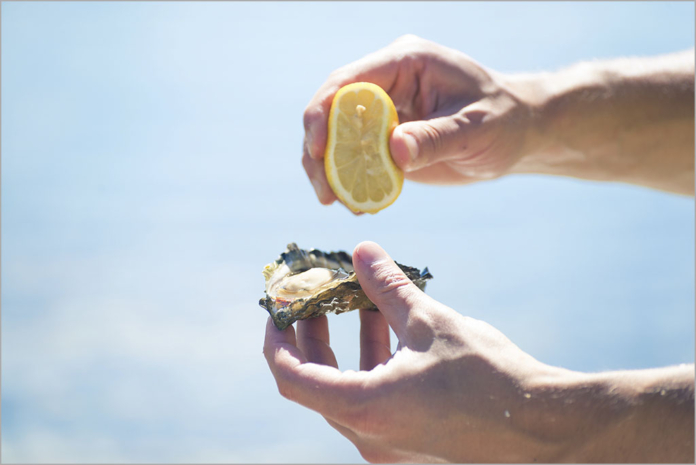 news AgTech business The Yield has developed a new system that uses in-water sensors, cloud computing and machine learning to offer an improved outcome for the bivalve-based businesses.

As filter feeders, oysters’ edibility depends highly on water quality, and when rain causes flooding into the estuaries where the molluscs are farmed, they may pick up contaminants that can pose a potential risk of food poisoning for consumers.

As a result, when there is a perceived risk, regulations mean oyster farms must close for days or weeks until conditions improve, which can cause business owners to forego revenues of up to $120,000 for each day harvest is held back.

One such enterprise, Tasmania’s Barilla Bay Oysters – once one of the state’s largest oyster farmers – saw 70% of its harvest wiped out by POMS in February of this year.

The Yield’s oyster farming application, which was developed in partnership with Bosch, sends data from in-estuary sensors via an Intel gateway to Bosch’s ProSyst software. From there it is then passed to Microsoft’s IoT hub in the Microsoft Azure cloud along with weather data.

The environmental data and near real-time sensor data is combined and presented to oyster growers and regulators to enable faster decision-making based on local information.

The app delivers informative dashboard visualisations for the previous week, the current day and for the following day.

Microsoft Azure machine learning is also employed to drive The Yield’s predictive algorithms which underpin the Yield’s application, according to Microsoft.

According to Lloyd Klump, General Manager of BioSecurity Tasmania, The Yield’s solution is important in ensuring food safety, as well as managing the response to POMS.

“Even for a smaller grower a day’s closure in a busy season can be very significant. But there are indirect impacts also, Tasmania relies on these sorts of industries for local communities,” Klump said.

The Tasmanian oyster industry is worth around $23 million a year, but due its associated community employment, oyster farming influences a larger share of the state’s economic infrastructure than that figure suggests.

“Anything we can do to help the sustainability is important for Tasmanian communities and the economy,” said Klump.

Ros Harvey, founder and CEO of The Yield explained that the underlying technologies could also have much broader implications for farming generally – for example allowing crop growers to know exactly when and how to irrigate.

“We actually have a really clear purpose which is how we’re going to help feed the world without wrecking the planet,” she said.