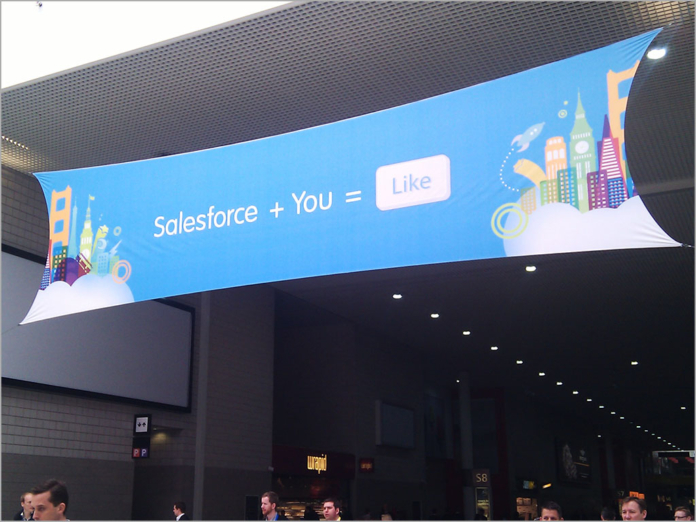 news Salesforce has released its third State of IT research report, an annual look at the industry which this year suggests that the digital revolution is “shaking up” traditional IT departments.

For the report, Salesforce Research surveyed over 2,200 CIO’s and IT leaders from a number of different countries to examine the evolving nature of IT, how “high-performing” IT organisations are handling their digital transformations, and areas in which IT teams are investing to bring about innovation.

A notable trend suggested in the report is that business leaders expect IT to “do more with less”, while users now demand an experience that is outpacing “traditional” IT organisations’ ability to deliver. The end result of these factors is that 79% of IT teams are now building apps for customers, partners or employees, the report says.

With this increased focus on app development, IT departments are growing “significantly”, according to Salesforce, yet most technology budgets have remained the same. This has made it hard for teams to invest in skills development and ultimately led to a shortage of developers.

However, the report says, new ‘low-code’ or ‘no-code’ platforms may offer a way for IT departments to build new apps and new skills with no extra injection of cash.

These platforms allow rapid delivery of apps with a minimum of hand coding, as well as quick setup and deployment.

The State of IT report also found that cloud migration is listed as the top priority in the next two years, with 70% of respondents rating it “absolutely critical” or “very important” in the next five to eight years.

“Cloud is the perfect solution for IT leaders looking to innovate as quickly and securely as possible,” said Salesforce. “With loads of pre-built components, cloud services let you build upon established agile architectures instead of starting from scratch. They free up development time so you can produce high-quality apps as fast as consumers expect them.”

The shift to digital has also brought about the need for a new kind of leadership and the report suggests that 60% of companies now employ a Chief Digital Officer – a role that barely existed 10 years ago.