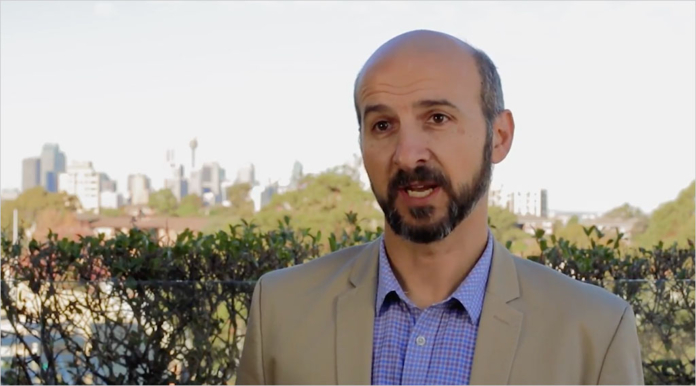 news The founder of organic food startup OneTable has discussed how his firm is now quickly growing with help from Microsoft Azure, after a deliberately lean first year spent building support from the customers and developing the concept.

Ben Jackson (pictured) and his wife Judith told, in a Microsoft.com article, how they found their love of organic food in an attempt to boost the health of their three young children.

They eventually decided to share their experience, to make organic food more accessible and build a community of buyers and producers that differed from the “big business models” that they felt characterise most supermarket shopping.

“We founded the company to make this more accessible,” said Ben.

OneTable was founded in 2014 and, after a lean first year developing the business basics, has now started to scale – with claimed growth of 500% in a year, around 400 members and revenues of approximately $2 million.

Ben said that using the lean model meant the first year was spent “scoping demand, understanding the industry, and working out how to keep the products fresh”.

One Table now has 15-20 “trusted suppliers”, and is starting to work with farmers directly. Its range of organic product incorporates 100% Australian fresh products, hundreds of certified organic grocery items, plus dairy, meat and fish.

Ben has founded a number of startups before and with his previous company, BagsUp – a social travel start up – Jackson had been accepted into the Microsoft Accelerator programme in Seattle.

“It was the cream of 15 years of being an entrepreneur,” he said of the experience, even though BagsUp eventually folded.

For his latest entrepreneurial effort, Ben decided it had to be cloud from the outset.

“There was no question in my mind. With my previous start up we had migrated to the cloud because we had been running our own systems. This time there was no way I was going to get our own servers,” he said.

“When you don’t have your own information systems a whole layer of complexity goes away – and you can scale, which is important because we are continuing to roll out new services – and we’ve also started to use Azure search.

“The start up rules are really: remove complexity, move quickly and evolve and adapt quickly,” he added.

Ben had used the Microsoft stack extensively in previous businesses, however, he still performed due diligence on cloud computing when he and Judith launched OneTable – considering both the Amazon Web Services and Azure cloud options.

Finally, he selected Azure because it was “easier to understand and easier to navigate”, Ben said.

Aside from the basic business model, OneTable had to build a warehouse system, a website, an order picking and fulfilment platform which connects to Microsoft Surface tablets in the warehouse, and logistics systems to schedule trucks and drivers efficiently.

Worker Roles is then used to power the back end data processing and label printing functions, with schedulers and alerts to manage two-way SMS communications. The OneTable blog is hosted on Azure Sites.

The Jacksons’ ‘cloud first’ approach should boost their ambitions to expand across Australia.

While currently focused on the Sydney metropolitan area and the Blue Mountains, Ben said: “We’d like to radiate out around the country, pick and pack from here for Canberra and the North and South coasts, then out to Melbourne in the first half of 2017.”