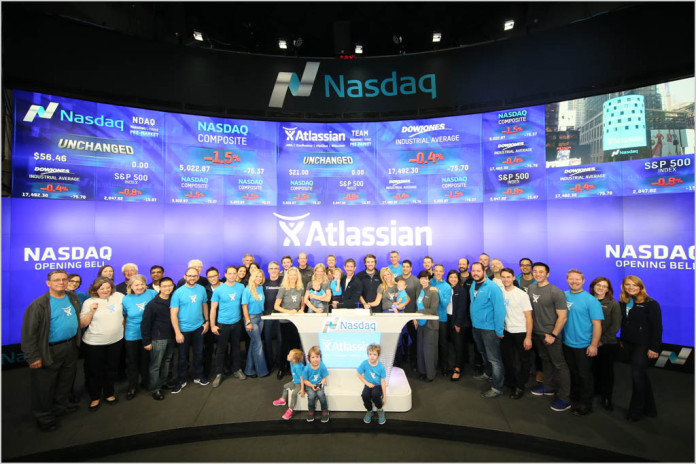 news Atlassian Corporation – the Sydney-founded provider of team collaboration and productivity software – has revealed in its third quarter of fiscal 2016 earnings report that, while revenue grew considerably compared with the same period last year, it still suffered an operating loss of US$4.9 million.

On an International Financial Reporting Standards (IFRS) basis, the firm reported total revenue of $117.9 million in the quarter ended March 31 – up 40% from $84 million for in 2015. That operating loss of $4.9 million, however, compares badly with the figure of $1.5 million from the previous year.

Putting a brave face on the figures, Scott Farquhar, Atlassian co-CEO and co-founder, said: “We achieved another solid quarter of top-line and free cash flow growth. Our unique ability to solve the full set of collaboration needs for teams is driving momentum across our products.”

The report also showed that net loss was $1.1 million, up from $0.6 million for the third quarter of fiscal 2015. Cash and cash equivalents and short-term investments at the end of the period totalled $723.3 million.

On a non-IFRS basis, Atlassian offered some good news with the announcement that its operating income was $18.3 million for the third quarter of fiscal 2016, up from $11.1 million the year before. Net income was $17.0 million for the period, compared with $9.4 million in 2015.

Cash flow from operations for the third quarter of fiscal 2016 was $48.2 million. Capital expenditures totalled $7.5 million, leading to free cash flow of $40.7 million, an increase of 39% year-over-year.

In other business highlights, Atlassian ended the period with its number of customers with an active subscription or maintenance agreement up at 57,431 – a hike of 26% over March 31, 2015. The firm added 3,169 net new customers during the quarter.

In Australia, 2105 saw Atlassian recognised as the number one place to work (of any size) for the second year in a row.

“Customers increasingly rely on Atlassian products to boost the productivity of their technical and non-technical teams by improving how those teams communicate, create and share information, and track work,” said Farquhar.

Atlassian was founded in Australia in 2002 but, in 2014, the parent company was registered in London, UK. Still headquartered in Sydney, the firm is notable for its flagship product, JIRA – a project and issue tracking app – which was released in its founding year.

The firm claims staff at 57,000 organisations – including Citigroup, eBay, Coca-Cola, Visa, BMW and NASA – use its products.