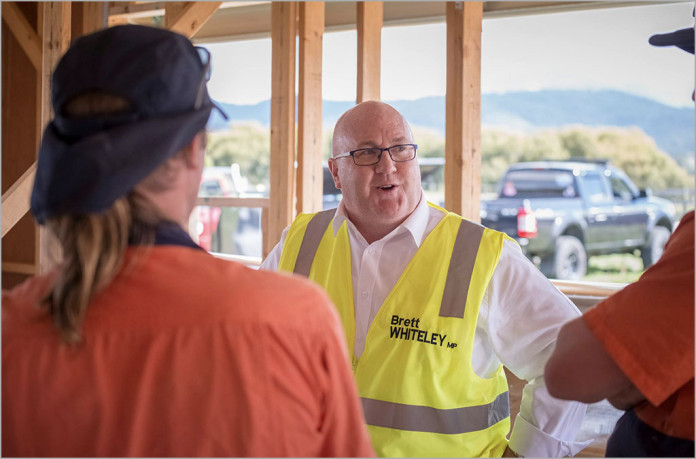 news The NBN company has called a halt to its controversial plans to deploy satellite access to a number of towns on the west coast of Tasmania until the various sides of politics resolve what the company sees as a funding black hole for the region.

Residents and business groups in the region have bitterly complained about the issue to their local MP, Whitely, demanding better broadband.

Several weeks ago Labor promised to deliver Fibre to the Premises to three towns in the area — Queenstown, Rosebery and Zeehan — if it won the upcoming Federal Election — as well as fixed wireless to a fourth, Strahan.

And, with the issue being a key one to secure his re-election, Whitely has publicly stated that he, too, is working with the Federal and State Governments to secure a plan for funding for better broadband in the area, although the Liberal MP has not yet disclosed what that plan might be.

“At the moment, we understand that there is a great deal of effort by all government parties to see if a solution cannot be found to overcome the added cost of building fibre out to Queenstown, to give that area a fixed-line solution rather than a satellite solution,” Morrow told Tasmanian Labor Senator Anne Urquhart.

“We have been able to give them … the estimated cost, which is between $15 million and $20 million, to build that fibre out to those areas and also have the reliability necessary to keep the service up and working when faults do occur.”

“As we understand it, people are very optimistic about finding a solution, and, as a result of that, we have suspended the satellite service in that area with the hope that people will be able to come forward with the money so we can build them the network that I think you have been representing and advocating.”

Morrow said that he was told that “a lot of discussions are taking place” about the region’s future, but that he did not have any further information on the timing for any funding announcement.

In response to Labor’s election pledge for the Tasmanian towns concerned, Communications Minister Mitch Fifield has previously intimated that the Federal Government would not chip in to assist the region specifically. Fifield said that in North West Tasmania, local calls for fixed line broadband were “already being considered through NBN’s existing Technology Choice policy”.

“The significant difference between the Technology Choice option and the promise made by Labor today is that it is unfunded. NBN does not have a spare $29 million available to fund Labor’s empty election promises,” the Minister said.

“Labor must to come clean on which other towns will be disadvantaged by this intervention in Tasmania.Labor also needs to clarify if this promise involves the use of Fibre to the Premises, which in Tasmania, has been mired in lengthy construction delays and rollout challenges.”

However, the Technology Choice program has so far proven relatively unsuccessful, with only three successful implementations by the NBN company, despite hundreds of applications nationally.