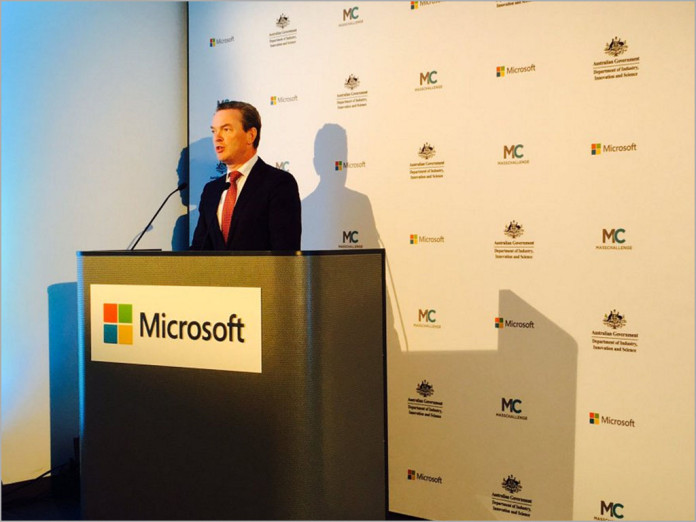 news The Federal Government has splashed out $280,000 to bring one of the world’s top startup accelerators to Australia in a bid to help local entrepreneurs grow their businesses.

In partnership with the Government and Microsoft Australia, the not-for-profit MassChallenge accelerator, will aim to boost the nation’s startup ecosystem through idea-pitching competitions, startup boot camps and local and international mentoring.

Minister for Industry, Innovation and Science Christopher Pyne announced the funding yesterday during his visit to the Microsoft Innovation Centre in Adelaide.

At the event, he participated in a demonstration of three startups: Makers Empire and Teamgage from Adelaide, and Buddy, which was established by an Australian living in the US and has recently relocated its engineering capacity to Adelaide.

“The products on show here today would not have been developed without the support of organisations like MassChallenge,” Pyne said. “Accelerators are an important component of the ecosystem and boost the skills of participating startups through training, mentoring and exposure to investor networks.

MassChallenge is a non-profit that takes no equity in the startups. According to the Minister, it has graduated 835 alumni since 2010, raised $1.1 billion in funding, generated over $520 million in revenue and created 6,500 jobs.

“That is the kind of opportunity we want to create for start-ups here in Australia, whilst also helping upskill the Australia innovation ecosystem,” Pyne said. “The project also brings with it a strong international connection with startup ecosystems from Boston, London and Israel, ensuring a network of international connectivity and promotion of Australia as a global entrepreneurial hub.”

“Along with the Australian Government and Microsoft, MassChallenge is excited to support the highest-impact entrepreneurs in Australia to help boost the innovation economy across the country,” said Kara Shurmantine, Senior Director, Global Partnerships, MassChallenge. “We will also work to connect entrepreneurs and the wider ecosystem with our global network across the US, Europe, Israel, Latin America, and beyond.”

“This allows us to gain a valuable connection to the thriving startup scene in Australia and we’re looking forward to working with key players here to exchange best practices and help the ecosystem to flourish,” she added.

According to Pyne, the Government’s $1.1 billion National Innovation and Science Agenda (NISA) recognises the importance of startups to Australia as “value creators and job creators”.

“We are committed to establishing Australia as a leading nation in innovation and want to help businesses embrace risk and incentivise early stage investment in startups,” the Minister concluded.