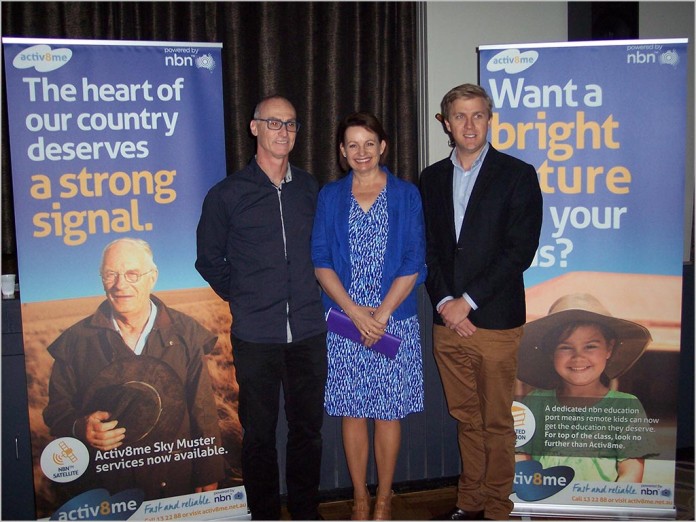 Sky Muster – a geostationary communications satellite operated by NBN Co and built by aerospace firm SSL – will replace older satellite services and deliver fast Internet to regional locations which currently have limited or no Internet connectivity.

Installations for the Internet service are scheduled to begin in May. Eventually, more than 200,000 premises in regional Australia will receive access to the Internet at speeds up to 10 times faster than ISS satellite services, Activ8me said.

“The introduction of the Sky Muster nbn satellite is an exciting development. It will allow residents to lead more productive and connected lives, bringing with it opportunities in business, education, work, entertainment, healthcare and farming,” he said.

To date, Activ8me said, it has connected 100 customers to the Sky Muster service.

Wendy Stewart, resident and business owner in Apollo Bay, Victoria, commented: “In testing Sky Muster, we’ve found the service to be outstanding. I have a daughter in year 12 who no longer has issues accessing files, conducting searches or streaming videos. It’s reliable and our business benefits from greatly increased Internet speeds.”

Activ8me suggests that, with the improved connectivity afforded by Sky Muster, farmers will be able to harness “smart farming” technology such as telemetry, which includes data loggers, sensors, batteries and transmission devices.

Such high-tech tools have the potential to increase operational efficiencies, such as improved water and energy usage, and the optimisation of crop growth.

Further, rural users will be able to access automated remote-controlled equipment and robots, and store, control and access their data online, as well as to work, study and access distance education programs remotely.

Medical care too, can remotely be accessed without having to physically visit a surgery or hospital.

“NBN’s advanced technology will enable families, farmers and businesses to access applications. It opens the door for a countless number of opportunities across the digital world,” she added.

Activ8me pointed out that residences and businesses that are not in an NBN satellite service area, will benefit from other NBN service options such as fixed wireless, which currently services over 371,000 premises in regional Australia.