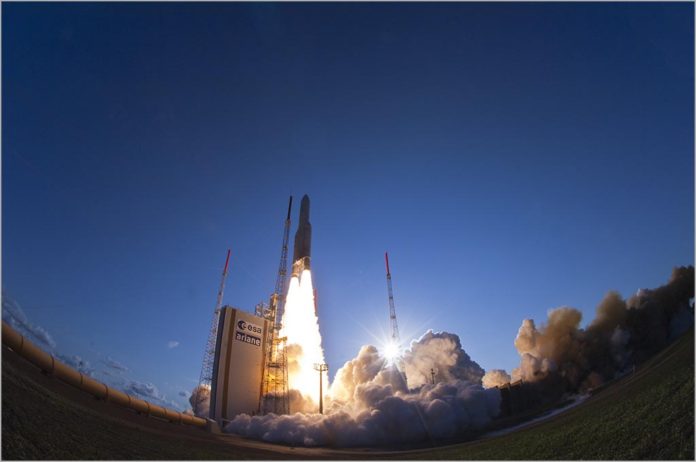 news To raise awareness of the launch of NBN Co’s second telecoms satellite, the company has announced it will give Australians the chance to “blast their face into space”.

To celebrate the occasion, NBN Co is inviting all Australians, regardless of their location, to submit a photo of themselves and “win the chance to etch their place in history”.

The winning photos will be placed together in a mosaic form, which will be printed on the nose cone of the rocket that will launch Sky Muster II into orbit.

Julia Dickinson, NBN Co’s Satellite Architect, said that, since launching its first satellite in October 2015, NBN has provided access to fast broadband for around 400,000 homes and businesses located in regional, remote, outback and offshore Australia.

The launch of the second satellite is another “major step”, she said, in helping the firm to deliver “world-class broadband to those who need it the most”.

“Last year seven-year-old Bailey Brooks from a cattle station outside of Alice Springs won the opportunity to name the first NBN satellite and have her drawing printed on the nose cone of the rocket which launched it into space,” said Dickinson.

“This year, we are going one step further with the unique opportunity for people to submit photos which will be collated into a national portrait of our country. We are making history and we want to invite all Australians to be a part of it,” she concluded.

Via its broadband service, NBN Co said that the satellite brings the opportunity to connect Australians in remote parts of the country to services not easily accessed today such as remote education and medical assistance.

Early customers of the NBN broadband service provided by SkyMuster I have said performance is “outstanding”, according to Activ8me, an official NBN provider. The service is scheduled to begin in full this month.