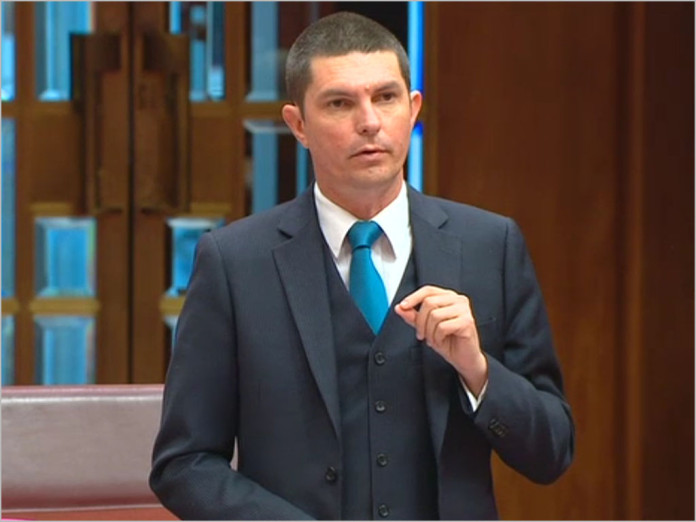 news Australia’s two major political parties teamed up again yesterday to block a Greens motion in the Senate which would have called upon the Government to repeal the data retention scheme, in a move which demonstrates enduring bipartisan support for the controversial policy.

The Telecommunications (Interception and Access) Amendment (Data Retention) Bill 2015 passed the Federal Parliament in March last year. For the first time, it forces Australian telcos and Internet service providers to retain comprehensive records on their customers’ Internet and telephone habits for a period of two years.

In the Senate yesterday, Greens Senator Scott Ludlam moved a motion (see the full text here) which noted the current proposed significant expansion of the scheme, as well as its cost. Had the motion passed, it would have had the effect of the Senate calling upon the Government to repeal the scheme.

However, the motion did not pass. The only senators to support the motion were from the Greens, as well as independents Ricky Muir ad Nick Xenophon and Liberal Democrat David Leyonhjelm. All have previously opposed the scheme.

In a statement, Ludlam accused Labor of continuing to support the scheme, despite its “spiralling cost and expanding scope”.

“This scheme was poorly conceived from the outset. It is an absurd, expensive and ineffective farce. It’s an indefensible encroachment into the private lives of everyday Australians from the Liberal Party, who say they stand for personal freedom,” said Ludlam.

“Since Labor allowed its introduction, the implementation of this $300 million scheme has been botched, and the list of agencies seeking warrantless access to data has continued to grow.”

“Warranted and targeted surveillance plays an important role in assisting law enforcement agencies to locate the needles, all this scheme does is create a haystack several orders of magnitude larger.”

Ludlam said perhaps the most ridiculous part of the “nonsense” scheme as that it was “trivially easy for anyone trying to circumvent it”.

“For as little as 15 cents a day they could use any one of the methods outlined by none other than Prime Minister Malcolm Turnbull himself,” he said.

opinion/analysis
Not sure what the point of this rather fruitless exercise was by Senator Ludlam … it is somewhat obvious that the Government and the Opposition would vote down this motion instantly. Possibly Ludlam was attempting to use the bipartisanship on the data retention issue to show that Labor, too, can collaborate with the Government on unpopular measures. The Greens/Coalition deal on the Senate voting reform package has Labor strongly on the attack against the Greens at the moment.