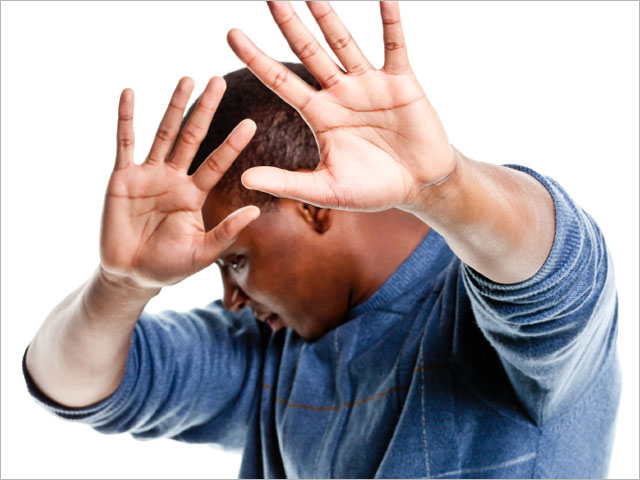 In separate submissions to the Parliamentary Joint Committee on Intelligence and Security, inquiry into the package, a number of major telecommunications companies including iiNet and Macquarie Telecom, as well as telco and ISP representative industry groups, have expressed sharp concern over aspects of the reform package, stating that “insufficient evidence” had been presented to justify them. And Victoria’s Acting Privacy Commissioner has labelled some of the included reforms as “being characteristic of a police state”.

Yesterday, Greens Communications Spokesperson and Senator, Scott Ludlam, raised the issue as a matter of public importance for debate in the Senate, noting that he had done so because of the “consensus of opposition” towards the package, as well as “the almost total absence of debate or justification for them”. The text of the debate is available online here.

“What I am hoping will come from this debate is some clarity from government senators as to what is being proposed and the rationale for it, because it is something I have not been able to ascertain,” said Ludlam. “Judging by the behaviour even of some government senators in recent hearings, late last week, it appears even government MPs are not sure exactly what the government is proposing because some of these proposals are unjustified.”

A number of Labor and Coalition senators spoke extensively in response to Ludlam’s concerns regarding the surveillance and data retention package, but universally did not directly address the proposal. Labor Senator Catryna Bilyk, for example, spoke extensively about the current Labor Federal Government’s record on privacy, pointing out that Federal Attorney-General Nicola Roxon had only this week introduced new legislation to protect Australians’ privacy rights.

“What the Australian Greens need to acknowledge, if they are going to talk about the Gillard Labor government’s record on privacy, is that it was this government that established the Office of the Australian Information Commissioner,” Bilyk told Ludlam. “It is also this Labor government which has initiated a process to consider whether Australia should introduce a statutory cause of action for serious invasions of privacy. The point I am making here is that as a government we take privacy and the individual right to privacy very seriously.”

Bilyk went on to extensively critique comments which lobbying organisation GetUp! had made regarding the proposal. The organisation has been engaged in a war with words with Roxon over the reforms.

“The Attorney-General has commissioned a review of national security legislation, because she recognises that our security laws, as with our privacy laws, need to keep pace with current and emerging digital technology,” said Bilyk. “The review has been referred to the Parliamentary Joint Committee on Intelligence and Security for inquiry and the committee has made some recommendations. I think it is important to recognise that as yet the government has made no decisions on the matters referred to the committee. Despite this, groups like GetUp! have been running a very misleading campaign about the national security proposals.”

Shadow Attorney-General George Brandis also spoke during the debate, but avoided the topic of the data retention and surveillance proposals almost entirely, speaking principally on traditional liberalist ideals such as the freedom of the individual, the Coalition’s history in the area and the Finkelstein inquiry published earlier this year into the Australia’s media environment.

Ludlam interrupted Brandis on a point of order, demanding that he speak about the data retention and surveillance package specifically, but Brandis continued to speak about liberalist ideals and the Finkelstein report.

Labor Senator Ursula Stephens – who is a member of the parliamentary committee investigating the reform package – spoke principally about the issue of privacy in general and how the Government could help protect the privacy of individuals, but without directly addressing the issues raised by Ludlam. Similarly, Liberal Senator Brett Mason spoke at length about the need to maintain balance between the needs of the state and the needs of the individual when it comes to privacy – but again, without specifically addressing the issues raised by Ludlam with regards to the data retention and surveillance package.

Ludlam himself gave an extensive speech damning the proposed reforms.

“Let us face one question head-on, the one I am asked most often: ‘I have nothing to hide, so why should I worry about my privacy being basically annihilated?’” he said. “My question back is: ‘Do you have curtains? Why? If you have nothing to hide, why hang curtains on your windows?’ Well, because you deserve privacy, because privacy is part of the dignity of your person. Would you be fine to post online your credit card bills, or all your transaction records for the past two years? Are you okay to do that? Of course, you would not be. If you wished to, you are free to do so, but I would not advise it. It is not a question of you having something to hide; it is because your transaction records for the last two years are none of anybody’s business. It is perfectly legitimate to say, ‘I may have nothing to hide but I don’t necessarily feel like showing you either.’ That is your right to privacy.”

“We know that this proposal has been two years in the making, under secret talks with the industry—talks that, evidently, the Australian people were not trusted to be brought in on. Why should we then trust that this collected material will not be used and abused? Why should we trust that it will stay secure when, as recently as last week on the front page of the Sydney MorningHerald, we read about corrupt police using telecommunications intercepts to spy on honest police? This is unbelievable. I do not trust this government with these powers. I would not trust an Abbott government with these powers. And I would not trust a Greens government with powers such as these. These powers should be unconditionally condemned.”

“The Greens do not deny that Australia faces a range of complex, dynamic and evolving security challenges and that we need to be adequately equipped to respond to these challenges,” Wright said. “But protecting citizens from terrorism does not necessitate denying them their human rights. Protecting the community from terrorism and protecting people’s human rights are not mutually exclusive concepts. They are mutually compatible. Indeed, they must reside together. Otherwise we must question what it is that we are safeguarding and protecting.”

“Since 2001, Australia has enacted over 50 new anti-terror laws that have substantially expanded the powers and functions of our security, intelligence and law enforcement agencies. Many advocates and human rights lawyers have criticised the reach of these laws, saying that they have gone too far in protecting against terrorism at the cost of human rights. Stakeholders have pointed to the lack of any comprehensive human rights framework in Australia, which has resulted in insufficient scrutiny of the impacts of these laws on the human rights of Australians over this time, including the right to privacy.”

opinion/analysis
To be honest, yesterday’s Senate debate about the National Security Inquiry reforms was pretty much the definition of a farce. The Greens were prepared to honestly debate the issue, but both the Coalition and Labor declined to do so – focusing instead on discussion of generic ideals and the broader context of privacy and the relationship between the state and its citizens, rather than the specific details of the data retention and surveillance proposal.

And it is precisely these specific details which are concerning, for two reasons.

Firstly, what we know of the data retention and surveillance package so far is disturbing on its own. Universal retention of Internet, email and telephone data for two years pertaining to every Australian resident, accessible by a range of government agencies. The criminalisation of the refusal to decrypt data. Modernised and streamlined warrants. And the list goes on.

But it goes further. The Attorney-General’s Department, which is promulgating these reforms, has not yet published the text of the legislation it proposes to put forward to enact them. As a number of commentators have pointed out, so far Australians only know the broad brush of what the Government is proposing – we do not know the specific details of how the data the Government is planning to retain would be managed and administered. And in these sorts of cases, the devil truly is in the details. How many organisations, under what terms, and under what oversight, would be able to get access to the retained data of all Australians’ telecommunications? We don’t yet know. And the fact that both of our nation’s major parties won’t debate this issue in open Parliament is extremely concerning.

Right now, it’s hard to find organisations, apart from the Australian Federal Police and ASIO, that are actually in favour of the package of reforms. On the other hand, as Ludlam pointed out yesterday, virtually every other organisation to have commented on the package so far has lined up against it, for many different reasons. In addition, the broader Australian public has consistently demonstrated its antagonism to the reforms. We need open and transparent parliamentary debate on this one. If we do not get that, our politicians are abrogating their responsibility to their constituents.