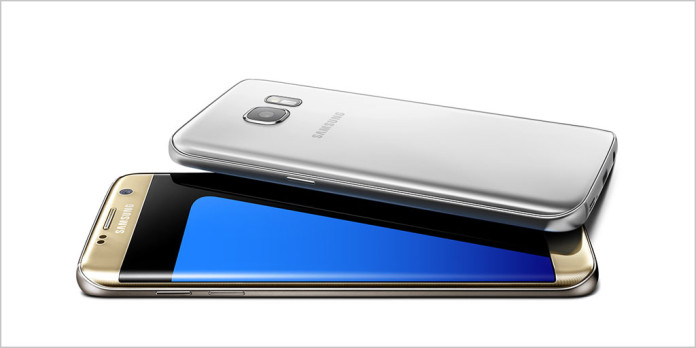 news Samsung has announced that the latest additions to its Galaxy range – the S7 and S7 edge mobile phones – will be generally available from March.

In Australia, Telstra has indicated it will offer both models on a range of plans, with pre-orders available from 12:01am 26 February and sales from 11 March. The firm is also offering a free Galaxy Gear VR headset on all pre-orders.

While Optus has yet to make any information available, Vodafone has said that people making pre-orders (starting 12:01am 26 February) will also receive a Gear VR headset.

As well as an updated design, the two smartphones offer several improvements over older Galaxy models, including a more advanced camera, water resistance and external memory.

“We believe in a world that is brighter, sharper, more convenient, and more fun. We strive to deliver on that vision with the Galaxy S7 and Galaxy S7 edge by marrying elegant design with functionality and providing a seamless mobile experience,” said DJ Koh, Samsung’s President of Mobile Communications Business.

The 5.1-inch Galaxy S7 and 5.5-inch S7 edge are constructed from glass and metal, and sport a new “always-on” Quad HD  display, meaning users will be less likely to miss calls or important notifications, Samsung said in a statement.

The phones also feature “the first Dual Pixel camera on a smartphone”, delivering 12MP, a “brighter” lens with wider aperture, a faster shutter speed and a more accurate autofocus even in low-light conditions.

Both models also come with IP68 water and dust resistance, fast wired and wireless charging and a hybrid SIM-card tray allowing users to insert a microSD card for up to 200GB of additional storage. Standard memory comes in at 32GB. In select countries, the firm notes, the tray can be used with a dual SIM card.

Samsung has also made hardware and software improvements, designed to optimize gaming performance on the S7 and S7 edge.

A more powerful processor – 64-bit Octa-Core with integrated GPU – and better battery capacity will provide longer playing time, the firm said, and an internal cooling system reduces the likelihood of the device overheating.

For those who like the social side of gaming, users can also record their gaming experience or share their screen in order to play with other users.