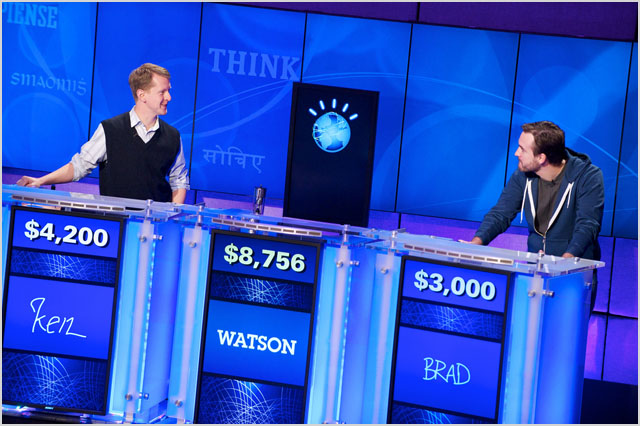 blog For most of the time that IBM’s Watson artificial intelligence (for want of a better word) system has been around, I suspect many technology journalists such as myself have viewed the platform as something of a toy — a pet project which Big Blue can use to demonstrate its deep technology research credentials and wow live quiz shows on television. But if this article by iTnews is any indication, Watson is moving past that into something rather more functional. And it’s starting to pop up on corporate desktops around Australia. The outlet reports (we recommend you click here for the full article):

“Woodside Energy is rolling out its implementation of IBM’s Watson engine to 50 staff for final evaluation ahead of an expected wider deployment later this year.”

It’s not 100 percent clear what Woodside is using Watson for — I mean, we know that it will be tapping into Woodside’s massive databanks to assist staff with daily information retrieval. However, to my mind this kind of deployment represents something quite remarkable for this new kind of technology.

It’s almost like Watson is acting as corporate middleware. On the one hand we have Woodside’s employees, using normal desktops and phones to do their jobs. On the other hand we have the vast information archives of a company like Woodside; data which has been difficult to access for years and which would normally have remained so.

What it appears is happening here is that Watson is starting to act like an intermediary in that process; sitting between the users and the difficult-to-process data archives and funnelling information each way. It’s a fascinating application of this kind of technology, and I hope we see more of it in Australia. The easier that access to corporate information can get through solutions like Watson, the more efficiently and effectively staff at major organisations can be.

If it’s working at Woodside, I can see a future for this kind of technology at any organisation which is holding a huge amount of corporate data. Banks, governments — even the legal sector. It will be fascinating to see what kinds of use cases IBM can come up with over the next few years, and I’d love to hear about more.