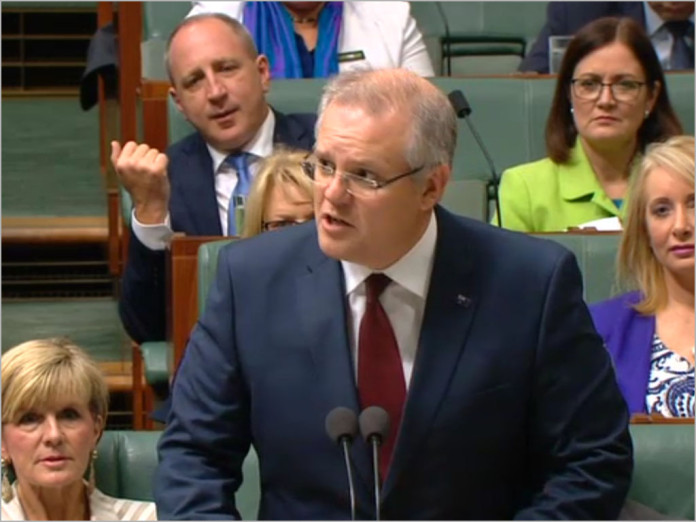 news The Federal Government has introduced legislation to Parliament that will force foreign providers of digital content, such as Netflix, to pay goods and services tax (GST) in Australia.

The Tax and Superannuation Laws Amendment (2016 Measures No. 1) Bill will apply GST to digital products and other services sold from overseas.

In a statement on 10 February, the government said the new bill would “protect the integrity of our tax system and ensure a level playing field for Australian businesses”, delivering on a 2015-16 Budget commitment.

The bill will require overseas vendors selling digital products or other services, such as apps and downloads of digital content, to register, report and pay GST on their sales to Australian consumers.

Treasurer Scott Morrison commented.”Our tax system was not designed for the 21st century economy. The Turnbull Government is committed to modernising our tax laws to ensure they are fit-for-purpose in the digital era and do not create an unfair advantage for foreign companies,”

“This improves the integrity of Australia’s GST base in an area of rapid international growth and ensures a level playing field for business, regardless of the origin of the digital product or other services,” he explained.

These latest measures follow the government’s new multinational anti tax-avoidance laws, which came into effect from 1 January. This legislation was designed to ensure major international companies operating in Australia but booking profits offshore have to pay tax in the country.

“The Bill is consistent with OECD guidelines, ensuring that Australia’s approach is aligned with that of many other developed economies on the taxation of digital products,” the Treasurer said. “The legislation has been developed to minimise red tape. It includes two registration options, a simplified and a full registration option, which will allow international business a choice in registration giving these businesses more options and making it simpler to comply with.”

The government expects the bill to raise around $350 million over the forward estimates, and said that all revenue raised by GST is provided to the states and territories to deliver essential services.

The bill will also prevent non-resident businesses being drawn into the Australian GST system unnecessarily through business-to-business transactions following a Board of Taxation review, the Treasurer explained.

Furthermore, the legislation contains provisions that will enable farmers to better manage financial risk through changes to Farm Management Deposits (FMDs), announced in the Agricultural Competitiveness White Paper in July 2015.

“The Bill has undergone extensive consultation and the Government thanks those who were engaged in that process,” said Treasurer Morrison.

“Australia’s GST law needs to adapt to the growth of the international digital economy. These changes help to make Australia’s tax system more up to date, fairer for Australian business and fit-for-purpose in the rapidly changing digital economy,” he said.