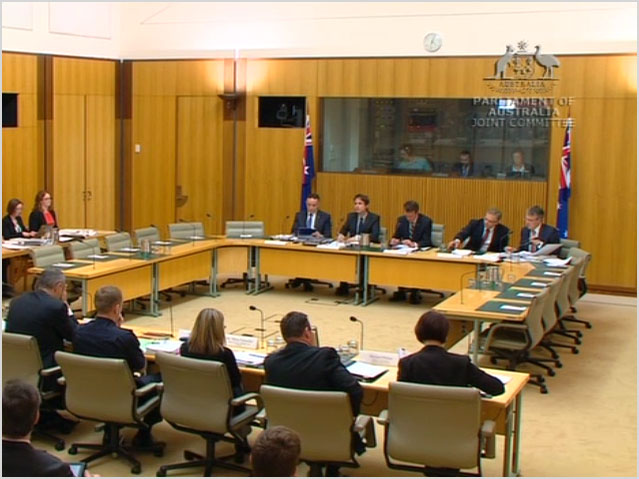 news The Opposition has introduced a bill designed to significantly expand the powers of the Parliamentary Joint Committee on Intelligence and Security as well as freeing up its operations, in a move which could have a significant impact on the chief parliamentary oversight body of Australia’s national electronic surveillance regime.

Unlike most other parliamentary committees, the PJCIS is established by legislation rather than by order of the Senate or House of Representatives. It is created under the Intelligence Services Act 2001 for the purpose of providing parliamentary oversight of Australia’s sensitive intelligence services — agencies such as ASIO and ASIS which cannot have their operations publicly examined.

However, over time, the committee’s role has come to be questioned by elements of the Australian community interested in intelligence matters.

For example, the terms of its creation state that the Government of the day should have regard to “the desirability of ensuring that the composition of the Committee reflects the representation of recognised political parties in the Parliament”, but the Committee currently only features members from the Coalition and Labor.

These issues have recently come to a head, with the Government and the Opposition using the PJCIS to negotiate amendments to highly controversial bills such as the Data Retention legislation and other national security packages — essentially locking minority parties out of the committee process.

In addition, some critics believe the Committee does not have the correct powers to execise appropriate oversight of the Government’s intelligence function.

Some critics have also questioned whether other oversight mechanisms such as the Inspector-General of Intelligence and Security, and the Independent National Security Legislation Monitor, have sufficient resources and/or powers to carry out their own oversight duties.

To address what he saw as issues with the Committee, before he retired earlier this year, Labor Senator John Faulkner put together a package of reforms to amend its relevant legislation to expand its role.

Today, the Leader of the Opposition in the Senate, Penny Wong, introduced a bill which is believed to stem from the proposed Faulkner reforms.

“In Australia, as in many other similar democracies, the powers of intelligence and security agencies have changed dramatically in recent years – the product of an increasingly complex and unpredictable security landscape. The maintenance of public security in the current security environment does require enhanced powers for the agencies charged with this responsibility,” the bill’s explanatory memorandum states.

“However, the protection of our hard-won democratic freedoms equally demands enhanced oversight of the exercise of these powers. With legislative changes extending the powers of security agencies, the requirement for reliable, effective external oversight becomes critical to maintaining an essential level of trust in the community about agency operations.”

“It is the Parliament to which the agencies are accountable, and it is the Parliament’s responsibility to oversight their priorities and effectiveness, and to ensure agencies meet the requirements and standards it sets. There is no greater or more important focus of political activity in this country than Parliament itself, and the Australian Parliament has no better or more authoritative forum than the PJCIS to do this job.”

It is unlikely that the bill will pass any time soon, with only scant space allocated in the Senate to debating Private Senator’s bills, and the bill also requiring the support of the Government to pass the House of Representatives.

It is likely that one of the PJCIS’s next roles will be to examine the controversial TSSR legislation, which is currently almost universally opposed in its current form by Australia’s telecommunications sector.

opinion/analysis
These are worthwhile reforms, and add to oversight mechanisms of sensitive telecommunications surveillance matters in the Australian Government. It’s not clear whether the Government will support them at this stage. It’ll be fascinating to see how this bill progresses through the Parliament. I very much hope that Labor is genuinely trying to attract bipartisan support with this one (perhaps through private discussion amongst PJCIS members themselves), and that this does not merely represent a political move by Labor to show it is serious about providing accountability and transparency when it comes to Australia’s intelligence agencies.