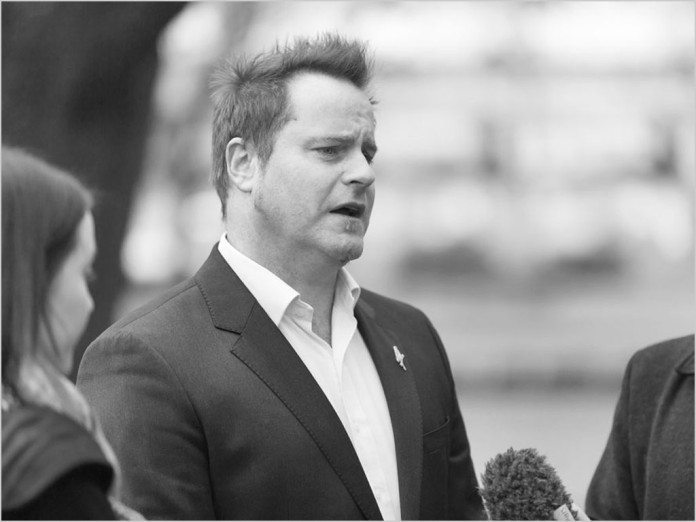 news A National Interest Analysis of the Trans-Pacific Partnership Agreement (TPP) that was tabled yesterday in Parliament has been been heavily criticised by Australian Greens spokesperson for Trade, Senator Peter Whish-Wilson.

The TPP is a controversial trade agreement among twelve Pacific countries which reached agreement in early October last year after years of negotiations. The treaty is controversial because it forces countries such as Australia to adopt rules such as investor-state dispute mechanisms which can allow corporations to sue governments for taking certain actions, as well as introducing new intellectual property controls.

Digital rights activists globally have fought hard to block the TPP over the past seven years that it has been being negotiated. One of the last chance to do so appears to be in the United States, where the US Congress has yet to formally ratify the treaty and many MPs on both sides of the US Congress oppose it.

Labelled the document a “farce”, Whish-Wilson said: “The TPP National Interest Analysis presented to Parliament is not an independent assessment of the costs and benefits of this agreement, it is simply a more detailed set of talking points coming from DFAT and [Minister for Trade and Investment] Andrew Robb’s office.”

“Unsurprisingly DFAT and Andrew Robb have marked their own homework and given themselves top marks,” he said.

The senator said that Parliament needs to have a “proper independent assessment” of the TPP and that government should refer the entire agreement to the Productivity Commission for assessment.

“Not only is Parliament unable to change one line in this 6,000 page text, but Andrew Robb is too frightened to give parliamentarians the opportunity to see an independent assessment of its impact on Australia,” said Senator Whish-Wilson.

He further suggested that Minister Robb is “rushing this process” despite no sign that the US Congress will begin its assessment and ratification process of the TPP in the foreseeable future.

“Rushing the TPP ratification leads to risks that Australia will have signed up to an agreement that will then be subject to changes made by Congress at a later date,” he concluded.

Introducing the TPP tabling and the National Interest Analysis in Parliament, the Minister for Trade and Investment quoted from the latter document, saying:

“Increased and more efficient trade and investment in the region will benefit the Australian economy.  Improved market access for Australian goods and services exports and lower import prices will increase capital accumulation, raise productivities and improve utilisation of resources.”

He further countered claims by opponents that the government’s involvement in the TPP negotiations was “shrouded in secrecy”.