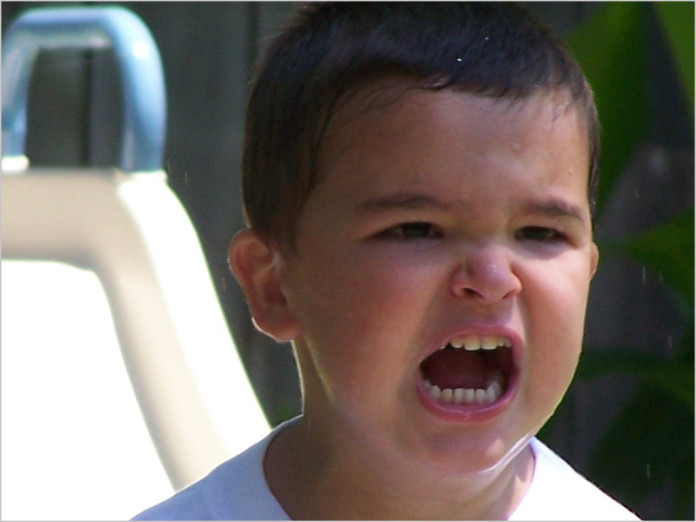 news The nation’s biggest telco Telstra has told the Federal Government that the NBN company must not be allowed to assist smaller ISPs to better compete for customers on the National Broadband Network, despite the fact that Telstra itself already has a 50 percent NBN market share.

In December last year, the Government introduced the Telecommunications Legislation Amendment (Access Regime and NBN Companies) Bill 2015, which makes a number of modifications to the law governing how the National Broadband Network project as a whole interacts with private sector telecommunications companies and infrastructure.

The bill is currently — as is normal practice for any bills considered even mildly controversial — the subject of a Senate inquiry, held by the Senate’s Environment and Communications Standing Committee.

In a submission to the inquiry, the nation’s biggest telco Telstra noted that it had few problems with the bill.

However, Telstra did strenuously object to one component of the bill, which would allow the Communications Minister of the day to change the line of business restrictions on the NBN company through regulation.

The bill would still force the NBN company to provide telecommunications services only on a wholesale basis, ensuring the NBN company was not able to compete directly with retail-focused broadband companies.

However, in its submission, Telstra noted that it was still concerned about what it described as “mission creep” at the NBN company.

The NBN company itself has recently stated that it was considering developing a service which would, to some extent, work around a controversial decision by the ACCC several years ago which would meant that ISPs seeking to sell NBN services nationally would need to connect their own networks to no less than 121 Points of Interconnect on the NBN network.

The 121 PoI decision was extremely controversial in Australia’s telecommunications industry because it sharply advantaged major telcos such as Telstra and Optus who already had large swathes of existing broadband infrastructure. At the time, Internode managing director Simon Hackett stated that the decision would force many smaller ISPs out of the market; an opinion which appears to have since been validated.

The NBN company has also indicated it is interested in assisting new retail broadband players to connect to its network.

However, Telstra — which revealed last week that it already had more than 50 percent market share of NBN customers — wrote in its submission that this behaviour by the NBN company could see it “encroach into areas of competitive activity”.

The proposed new NBN PoI product, Telstra said, would see the NBN company “compete directly with private investment in a competitive part of the market”, while any attempt to help smaller ISPs “could risk its Retail Service Provider neutrality obligations”.

Federal Parliament — including the Senate, which is not dominated by any one party — can still disallow any regulation the Communications Minister of the day makes in changing the NBN company’s remit, with the disallowance motion procedure allowing parliamentary debate. But Telstra claimed this oversight wasn’t strong enough.

“The option for Parliament to disallow a regulation is an inadequate substitute for a legislative amendment to change NBN Co’s remit,” wrote Telstra. “Any such departure from a fundamental aspect of the NBN policy should be fully debated through Parliament.”

Telstra appears to be particularly worried that the NBN company could, instead of selling retail NBN services itself, instead invest in other telcos that would do so.

“In other words, NBN Co could do indirectly what it is not permitted to do directly, by investing in retail providers,” wrote Telstra.

opinion/analysis
The Federal Government is already paying Telstra many billions of dollars not only to sell the NBN company its copper and HFC cable networks, but is also paying Telstra even more money for it to help the NBN company upgrade those networks. In doing so, the Government is delivering Telstra a huge cash windfall which will allow it to strongly compete for customers during the transition to NBN infrastructure.

Due partly to this process, but also due partly to idiotic decisions by the ACCC on issues such as the Points of Interconnect issue, Telstra has already managed to pick up more than a 50 percent market share of NBN customers, and it has openly stated that it wants more.

And yet, even this is not enough for Telstra. This submission today explicitly states that Telstra wants the NBN company to be prevented from assisting smaller ISPs at all in helping to develop a competitive market for NBN services.

This is logical behaviour for Telstra: It is a corporation, after all, and has to make money; as much money as possible. Ideally, Telstra would like to have a 100 percent market share for NBN broadband services.

However, Telstra’s whinge should not be taken seriously in the context of the broader NBN ecosystem. The fact is that Australian consumers have less choice now than they have had since the early 2000’s in terms of who they buy their broadband services from, with just three players — Telstra, Optus and TPG — dominating the market.

The NBN company, the ACCC and the Federal Government should be encouraging as many companies as possible to provide services over the NBN infrastructure: Not pandering to the views of major players like Telstra who already dominate the market. Doing so will only further entrench a company which has not exactly proven flexible in responding to its customers’ needs in the past.