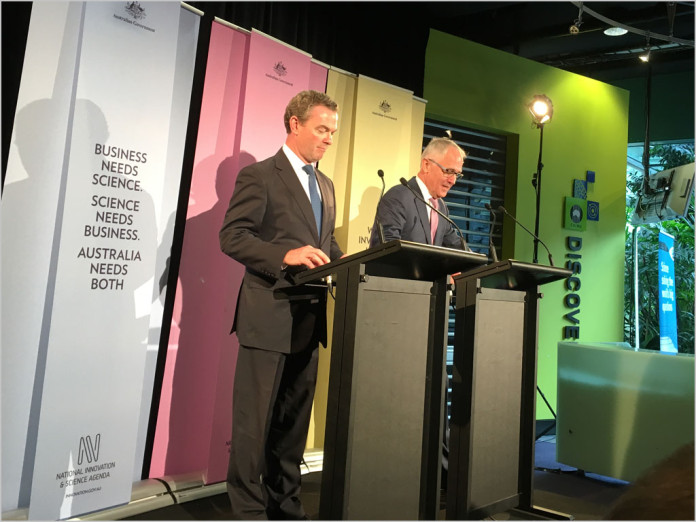 news The government says it is launching a public information and community engagement campaign to support the National Innovation and Science Agenda and help boost Australia’s economy.

Minister for Industry, Innovation and Science Christopher Pyne said the agenda will “drive an ideas boom in Australia that will be supported by innovation and deliver the next age of economy prosperity”.

“Australia needs to grasp new ideas in innovation and science, identify and capitalise on new opportunities and create new sources of growth to secure our nation’s future,” Pyne said.

The government expects the campaign to be an important measure of the agenda, designed to not only raise awareness but drive a culture change to “embrace risk-taking and entrepreneurship that is so essential to achieving an innovative country”.

“Culture is one of the agenda’s four pillars because Australia must make the cultural shift to being a nation that is more inclined to take a chance on its ideas,” Pyne said.

He further cited research carried out for his department showing that less than 5% of Australians think the nation is a global leader in innovation, despite “home-grown” developments like the cochlear implant and Wi-Fi that have had globally impact.

“The research shows businesses in general can identify more reasons to not innovate than to innovate. The campaign will encourage businesses to overcome this natural resistance,” he said.

The research in question showed that 64% of Australians agree more risks need to be taken to become innovative and 77% of Australians believe innovation is not just for the technology industry.

Respondents viewed advances in health as the most important reason for Australia to innovate, followed by jobs and better living standards.

Pyne suggested the survey “shows a need to ‘open the eyes’ of students and parents to how science, technology, engineering and mathematics will open doors to new and different career opportunities into the future”.

“This campaign, developed using the research, will be designed to help change the culture around innovation and science in our businesses and engage young people to help inspire our future entrepreneurs,” he said. “It will also raise awareness across the board about grants and new capital raising measures to any Australian wanting to take a risk on a new business venture.”

The opposition criticised the ad campaign, however, demanding that Pyne should explain why he is planning to spend $28 million of taxpayers’ money “spruiking the Liberals’ innovation agenda”.