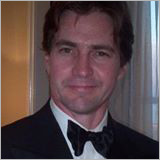 blog For those who have been following the extremely strange tale of Sydney professor and businessman Craig Steven Wright, prepare for things to get even stranger.

The story so far: Last week Gizmodo and Wired alleged that Wright may be Satoshi Nakamoto, the mysterious founder of the Bitcoin platform, who identity has remained a secret since Bitcoin was created in 2008/2009. Since that time the Australian Taxation Office has raided Wright’s Sydney home, presumably looking for evidence that he’s been engaged in tax fraud.

Over the weekend the plot thickened with a trio of articles published by The Australian newspaper. Reporter Leo Shanahan found, separately, that Wright had sold $85 million worth of Bitcoin to buy gold holdings, as well as being involved with businessman Mark Ferrier. Shanahan found that the ATO was investigating companies Wright was involved with that were reportedly worth some $300 million.

However, paradoxically, Shanahan also found that Wright had faced bankruptcy for a company he was associated with a decade ago.

But it’s the last item which Shanahan found which your writer finds most fascinating. Sydney lawyer Chris McArdle — a very credible source — has cast doubt on Wright’s rationality, saying he “existed within his own fantasy world”. We recommend you click here to check out the full article (as well as the others).

To me, this comment is perhaps the strongest possible evidence so far that Wright is not, in fact, Satoshi Nakamoto. Wright may very well have been involved in the earliest days of Bitcoin — certainly he appears to have substantial Bitcoin holdings.

But the writings and online persona of Nakamoto has always revealed a very logical and calm mind grounded in reality. Deluded behaviour would have been exposed very quickly in the mathematical world of Bitcoin, and Nakamoto set the tone of that world very early on.

So far, Wright appears to be an egoistic businessman seeking profit and recognition above all else. Nakamoto sought the opposite. He sought to benefit all of human society through releasing Bitcoin the way he did. And he does not appear so far to have taken advantage of the personal wealth he appears to have gained through that process.

Wright and Nakamoto appear, so far, to be polar opposites. Whether the Sydneysider was involved in creating Bitcoin or not, it appears certain that others must also have been.